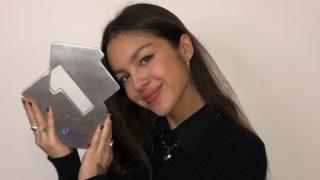 Olivia Rodrigo's "Driver's License" has spent a fourth week at the top of the UK singles chart.

In doing so it's become one of most successful debut singles of all time and has broken the record for the most streams in one day.

You might recognise Olivia from her role as Nini in the Disney+ programme, High School Musical: The Series.

But there's so much more about the 17-year-old that you need to know.

We've got five cool facts about one of the biggest emerging names in pop. 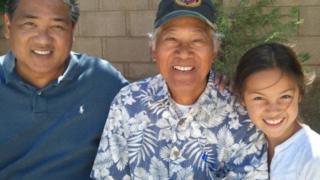 She was born in 20 February 2003 to an American mother and a Filipino-American father.

Olivia told Disney that her great-grandfather moved from the Philippines to America as a teenager.

She and the rest of her family have grown up following Filipino traditions and eating Filipino food. 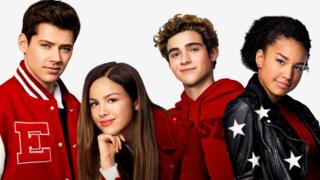 Disney
The singer is currently filming the second series of Disney's High School Musical: The Musical: The Series

Olivia follows the likes of Britney Spears and Selena Gomez as a Disney graduate.

Before she started releasing music, she was a pretty big deal in the acting world.

At the age of 13 she was cast in the Disney sitcom Bizaardvack and then was chosen to play Nini in the Disney+ show High School Musical: The Musical last year.

When producers on the programme realised Olivia could REALLY sing, they encouraged her to write songs for the series.

Her song "All I want" was so popular in the series that it managed to make it into the American singles charts. 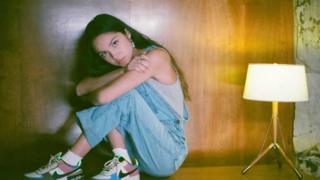 After the success of All I Want, Olivia played her producers another song she'd written all about how getting a driver's license helped her through a break-up.

They loved it and, with their help, she decided to make it into a real song.

Her announcement of the song on social media app TikTok had over 43 million views.

Within hours of the song's release, it had shot to the top of the iTunes chart. 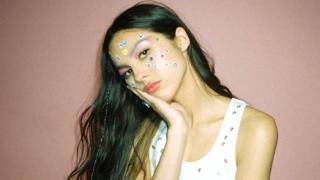 Ever since its release, Driver's License has been breaking records.

It broke Spotify's record for the most streams in one day, peaking at 17 million stream on 12 January.

Spotify's Global Hits boss, Becky Bass, told the BBC "We've never seen anything like this - where you have a newer artist that just comes out of the gate in such a dominant way, and continues to grow".

Driver's License is also the biggest selling debut single in over five years. 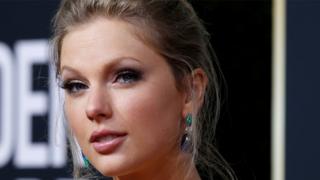 She describes herself as a "Swiftie" on her Spotify biography.

And, it appears that Taylor likes Olivia too!

When she released Driver's License, Taylor endorsed the song on her own Instagram page.

China: Mobile phones banned in schools, but what do you think?

125 comments
Back to top
unknown