Captain Sir Tom Moore: Your tributes to the charity fundraiser

Captain Sir Tom Moore - the Second World War veteran who raised tens of millions of pounds for the NHS has sadly died at the age of 100.

People across the UK took part in a special clap at 6pm on 3 February to show respect and remember him.

When the UK first went into lockdown against the coronavirus pandemic, Captain Tom became an unlikely hero.

The then 99-year-old war veteran accepted a little family challenge - to raise £1,000 for NHS charities by walking 100 lengths of his garden before his 100th birthday.

He went on to raise over £39 million and became world famous in the process.

Find out about the life of Captain Sir Tom Moore 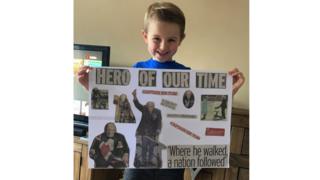 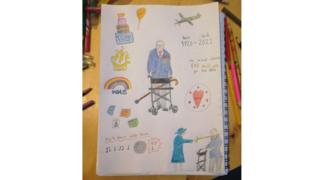 Callum made this poster as part of his home schooling work to celebrate Captain Sir Tom Moore's life and achievements. He said "he was a legend and a really nice man" 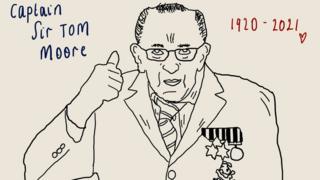 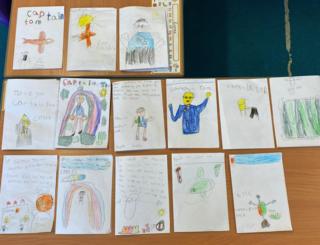 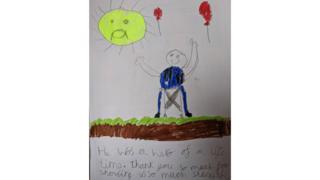 Esmay-Robyn drew this picture showing some of Captain Sir Tom's achievements - walking his 100 laps, turning 100 and all his medals being worn proudly. She also thanked him for "showing us so much strength" 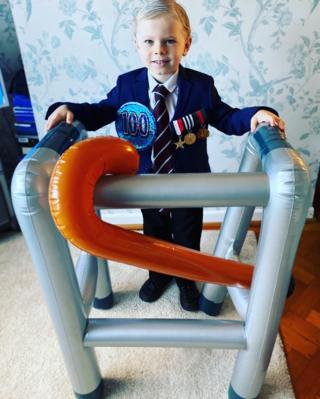 Harrison dressed as Captain Tom for the Real Life Heroes day at his school. His message is: Dear Captain Tom, I miss you and I'm so sad you died. I love you. You are my hero. From Harrison 😥💝 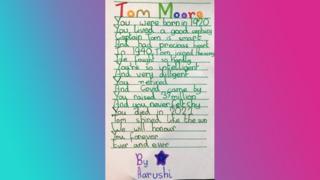 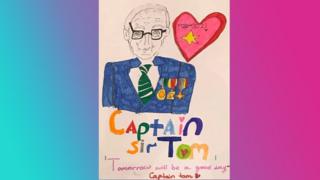 UGC
Nell has drawn this lovely picture as a tribute to Captain Tom. They said: "He was such a inspirational man and he deserves to be remembered. He was a true hero. Captain Sir Tom Moore: 1920 -2021 ❤💜" 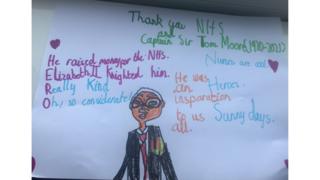 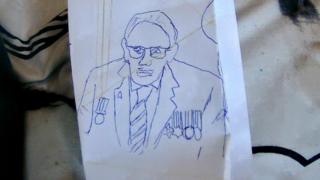 UGC
Here's another amazing drawing! This one was sent in by Holly 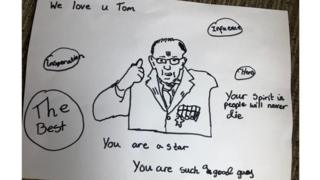 UGC
SupaDavid has paid tribute to Captain Tom with this poster. He says "we love you Tom" 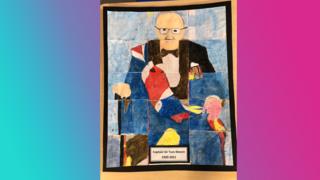 UGC
Check out this awesome collage! Chloe sent this in on behalf of her class: "This is our class artwork of Sir Captain Tom Moore to remember all the things he achieved."

372 comments
Back to top
unknown