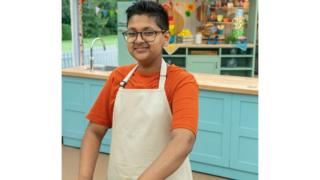 After two weeks of tasty treats, delicious desserts, and scrumptious sweet bakes the winner of Junior Bake Off was crowned on Friday night.

It was Reece, 14, who won the show's top prize beating other finalists Robbie, Naima, and Cece.

After winning Star Baker in the first episode and going on to win it another three times, Reece consistently impressed the judges.

In the final episode the finalists had to make their version of an afternoon tea along with the ultimate test of their culinary skills...a tiered cake showstopper.

When Reece won the trophy he said: "Thank you. I can't believe I have won Junior Bake Off, it's amazing, absolutely amazing. This honestly feels like a dream come true. I have applied twice and I can't believe that I got in to begin with - and then to win, it's just amazing."

Bake Off: Jade swaps Little Mix for a little whisk

What do you think of celebs who break lockdown rules? 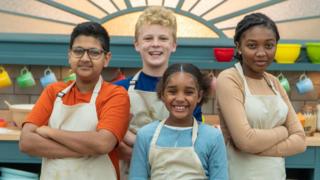 The competition had been tough throughout with various yummy bakes being created from fantasy themed cakes, 3D mythical sculptural sweet breads and even a choux pastry that featured themselves - a selfie-clair!

That wasn't all, the Junior Bake Off contestants also had to create illusion bakes that deceived the eye, three dimensional doughnut displays and French patisseries...impressive.

At the final the finalists were joined by their families to celebrate. Reece's parents Sindy and Hamesh said: "We are super proud, we are lost for words, and we are so pleased that he followed his dream."

One of my best moments of the series would be meeting so many friends that were fellow bakers, and we still keep in touch all the time, on WhatsApp and FaceTiming.

New Junior Bake Off Judge, Rav, said: "It was really tough to decide between these four excellent bakers but it had to be Reece today because he really wowed us with his tier cake."

Fellow judge and former Bake Off contestant, Liam, added: "From the first challenge I knew Reece was incredible, his flavour combinations, his designs, Reece had the whole package. If we have bakers like this in the world, expect great things." 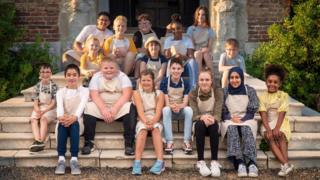 How long have you been baking and what is your speciality bake?

I have been baking since I was about eight and I love it. Baking is when I can let my imagination run wild and I love to put my own twists on bakes. My specialty is cakes. I think they are so versatile and you can really do whatever you want with them.

How hard was it to keep it a secret from your friends?

Keeping this secret is probably the hardest thing I've ever done. I couldn't wait to tell them!

Aside from baking what is your next best hobby/pastime?

Other than baking I love to play with my three dogs! They are so fluffy and adorable and I love chilling with them.

Do you love baking? Have you been watching this year's series? Let us know in the comments below.

Vote: Would you want to re-do this school year?