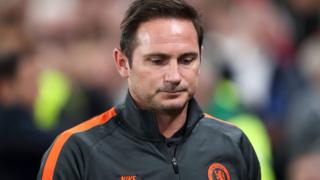 The former England midfielder was very successful as a player for the club - he is Chelsea's all-time record scorer, with 211 goals, and won three Premier League titles, as well as a Champions League, with the London club.

But he hasn't had the same success as manager and has been sacked after just 18 months. He leaves the club less than 24 hours after Chelsea went through to the FA Cup fifth round after beating Championship team Luton, 3-1.

So where did it go wrong for Frank Lampard at Chelsea?

Lampard was given the manager's job at Stamford Bridge in July 2019. He had managed Derby County to the Championship play-off final before taking over at Chelsea.

In his first season as Chelsea manager, Lampard led the team to fourth place in the Premier League and to the FA Cup final, losing to Arsenal.

But this season, things haven't been going well.

Lampard wasn't able to sign new players until his second season because of a transfer ban for the club. But, once that was lifted he splashed the cash, spending more than £200 million on seven major signings for this season. 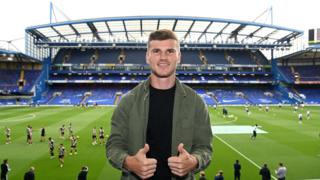 It is the most Chelsea have ever spent in a single transfer window.

Despite Werner's reputation as a great goal scorer, he's only scored four times in the league after 19 games this season, and he missed a penalty in Lampard's final game.

The team is currently ninth in the Premier League table and have only won once in their last five league matches.

Owner Roman Abramovich is known to quickly change managers if things aren't going well on the pitch and Lampard was the 10th full-time manager since the billionaire took over the club in 2003. 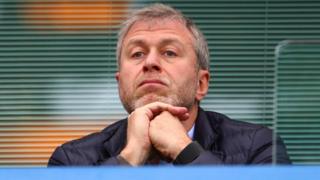 In a statement, Chelsea said: "This has been a very difficult decision, and not one that the owner and the board have taken lightly.

"We are grateful to Frank for what he has achieved in his time as head coach of the club. However, recent results and performances have not met the club's expectations, leaving the club mid-table without any clear path to sustained improvement.

"There can never be a good time to part ways with a club legend such as Frank, but after lengthy deliberation and consideration it was decided a change is needed now to give the club time to improve performances and results this season."

Abramovich said Lampard is still an "important icon" at the club, despite being sacked.

Vote: Who will win the Premier League this year?