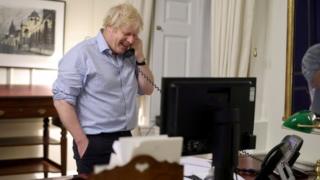 Prime minister Boris Johnson has spoken to America's new president Joe Biden for the first time since his inauguration on the 20 January.

The two men had a phone call on Saturday evening and Mr Johnson is believed to be the first European leader president Biden has spoken to since he was officially sworn in as the latest US leader.

A Downing Street spokesperson said the prime minister congratulated Mr Biden on his inauguration and the pair shared their thoughts on a number of different issues.

What happened on President Trump's final day in the job?

After the phone call, Boris Johnson took to social media to share how the conversation has gone.

He tweeted: "Great to speak to President Joe Biden this evening. I look forward to deepening the long-standing alliance between our two countries as we drive a green and sustainable recovery from Covid19."

What did Boris Johnson and Joe Biden speak about? 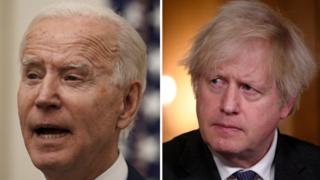 The prime minster and US president are believed to have spoken for around 35 minutes and they covered lots of different topics during their conversation including some of the challenges the world is currently facing during the coronavirus pandemic.

Boris Johnson also welcomed the president's decision to rejoin the Paris Agreement on climate change and the World Health Organisation, both of which former president Donald Trump had pulled America out of during his time in office.

They pair spoke about the benefits of a potential trade deal between the UK and the US, something which the prime minister is very keen to put in place.

The leaders say they look forward to meeting in person as soon as they're able to and also "working together through the G7, G20 and Cop26 this year".

Why was the phone call important? 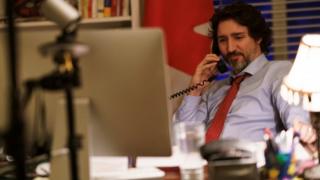 Some say the order in which a newly elected American president contacts other world leaders is significant as it reflects how important the relationship between the two countries is seen to be.

It's been reported that President Biden first spoke to the leaders of the two countries which have a land border with the USA, phoning Canadian prime minister Justin Trudeau first, followed by Mexico's president Andrés Manuel López Obrador.

Boris Johnson is thought to have been the first European leader to receive a phone call.

What to expect from Joe Biden as president