Back to school: England's schools to get two weeks' notice before reopening 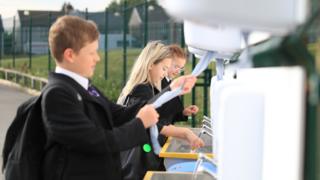 Children in England will be told two weeks ahead of time when schools are going to reopen.

But Education Secretary Gavin Williamson said he was "not able to exactly say" when pupils will return to class yet.

Primary and secondary schools right around the UK are closed, except to the children of key workers and those who need extra help, in order to slow down the spread of coronavirus.

It means that most children are having to learn from home.

Lockdown and schools: YOUR questions answered

Help on how to handle home learning

What are the coronavirus rules where you live?

The government has said reopening schools would be a top priority for when when the current coronavirus lockdown rules are relaxed.

Pupils have been told they will be learning at home until at least half term in mid-February. 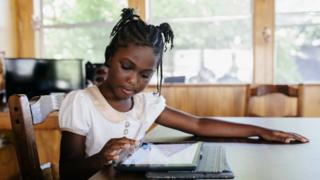 "I want to see them, as soon as the scientific and health advice is there, open at the earliest possible stage - and I certainly hope that would be before Easter," said Mr Williamson.

He said schools and parents would have a "clear two weeks" for teachers and families to get ready.

Last week Mr Williamson indicated to the Commons Education committee that schools in some parts of the country with very high levels of infection might still need to stay closed when this lockdown ends. 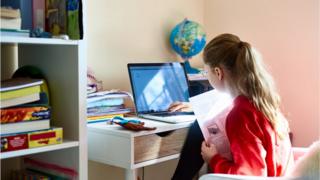 In Scotland and Northern Ireland they will remain closed until at least the middle of February.

In Wales the next review of restrictions will be on 29 January.