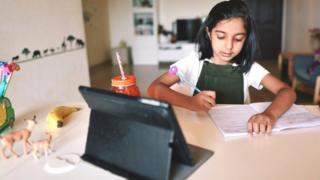 Schools in Scotland will remain closed until at least the middle of February.

There were plans for them to reopen on 1 February, but First Minister Nicola Sturgeon has announced that the current lockdown restrictions will now be in place for longer.

Although transmission (spread) of the coronavirus appears to be declining, she said it is still too high to relax the rules.

Ms Sturgeon said that although it is a "priority to get children back to normal schooling as soon as possible", they've made the "reluctant judgement" to keep schools shut for most pupils. 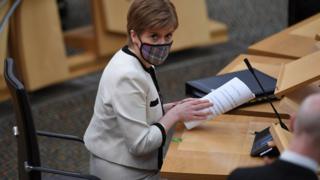 Pupils will continue to have lessons online and schools will only remain open for children of key workers and those who are vulnerable.

This will be reviewed on 2 February. Nicola Sturgeon then hopes a phased return to the classroom can start in the middle of next month.

If it is at all possible, as I very much hope it will be, to begin even a phased return to in-school learning in mid-February, we will. But I also have to be straight with families and say that it is simply too early to be sure about whether and to what extent this will be possible. 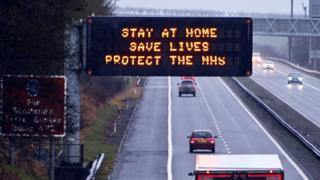 Scotland has been in a stay-at-home lockdown since 5 January, with all non-essential shops shut and schools closed for most pupils.

The lockdown rules have also been extended until the middle of February.

What's happening with schools around the UK?

Although schools in the UK are closed to most pupils, in all four nations they are still open for children of key workers and vulnerable young people.

There are slightly different plans across the UK:

In England all schools have been shut since Tuesday 5 January until February half term at least.

In Northern Ireland schools are closed until after the February half term.

In Wales all learning has moved online until 29 January.

Schools are also open to students who need to complete essential exams or assessments.

Remote learning: How to boss studying at home