G7 summit: Why will world leaders be heading to a Cornwall beach this summer? 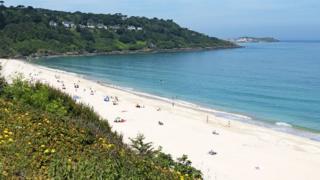 This might look like a great place for a day of fun at the beach, but for world leaders meeting in Cornwall this summer they're going to be discussing some serious topics.

The coastal village of Carbis Bay, which is near St Ives, will be the location of this year's G7 summit which takes place in June.

World leaders from the seven most powerful countries in the world will meet there to talk about big, global issues and they'll try to form plans of action.

What do we know about the G7 summit?

The G7 is made up of seven countries - the UK, the United States, Germany, France, Canada, Italy and Japan.

They are part of a united group of nations who seek to co-operate with each other on important matters such as climate change, recovery from the coronavirus pandemic and world debts. 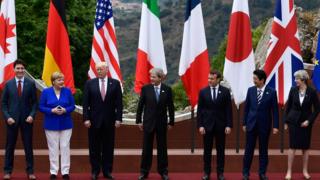 Getty Images
Previous G7 summits have taken place in France, Italy and Canada. Donald Trump will not be in Cornwall as he will no longer be US President.

It is not just leaders from these seven countries who will attend though - representatives from Australia, India, South Korea and the EU will also be at the event as guests.

The meeting will take place between the 11-13 June.

The UK is hosting the summit as president of the G7 for the year, and Carbis Bay has been chosen as the venue.

Prime Minister Boris Johnson described it as the "perfect location for such a crucial summit".

"Two-hundred years ago Cornwall's tin and copper mines were at the heart of the UK's industrial revolution and this summer Cornwall will again be the nucleus of great global change and advancement," he added.

It's hoped having the meeting there will also help boost tourism in the region.

What will happen at the summit? 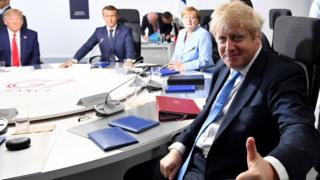 The meeting in Cornwall will be the first face-to-face G7 meeting since the pandemic started. Last year's event - which was due to take place in the US - took place online instead.

Incoming US President Joe Biden, German Chancellor Angela Merkel and French President Emmanuel Macron are all planning to be at this June's event but it will depend on what coronavirus restrictions are in place at the time.

As there will be lots of important people at the event, the security in the area will have to be pretty strong. Events like this are often met with protests or activists.

We aren't sure of the specific details that will be discussed at the summit yet - the government says it will announce more information nearer to the time.

Joe Biden: What kids in the US think about Biden's plan on climate change

COP26 : What's your vision for the planet?