Netflix Matilda: Who will play Miss Trunchbull and Miss Honey? 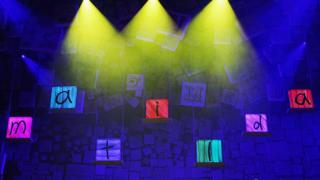 A new film of Roald Dahl's famous children's book Matilda is to be made by Netflix, with some of the stars already revealed. 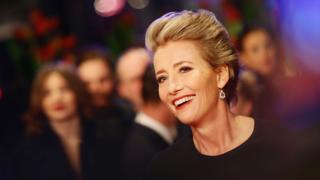 Getty Images
Emma Thompson has previously starred in the Harry Potter movies as well as Dolittle, Beauty and the Beast and Missing Link

The story follows a girl called Matilda who loves to read and is very intelligent, but doesn't fit in with the rest of her family.

She discovers she can move things with her mind, and uses her powers to help protect her teacher and friends from Miss Trunchbull who abuses her power.

How did Roald Dahl write his books?

This film won't be the same as the previous movie that came out back in 1996.

Netflix's version is instead based on the Matilda the Musical stage show, which was originally staged in Stratford-Upon-Avon. 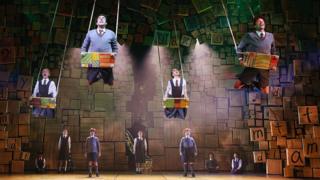 Getty Images
Have you seen the musical?

It is known for songs including When I Grow Up and a Little Bit Naughty, composed by Australian comedian Tim Minchin.

The show moved to the West End in 2011, and won seven Olivier Awards, which is one of the top prizes in the theatre world.

A version of the show also opened on Broadway in New York, winning five Tony Awards.

The film will be released in the UK by Sony's TriStar arm, before it heads to Netflix.

Matilda at 30: What would the Roald Dahl character be like?