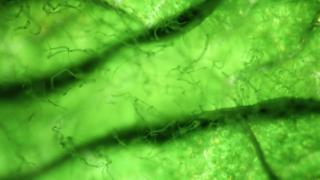 Super foods are normally things like seeds, berries and fruits that are thought to be exceptionally good for us - but could marine algae be set to join the list too?

Scientists in Australia are trying to develop a new form of superfood protein derived from microalgae.

They hope that if successful it'll provide alternative ways to sustainably feed the world's increasing population.

Would you eat these weird Christmas-flavoured foods?

Weird foods from around the world!

Although microalgae is usually found in the ocean, scientists from Flinders University in Adelaide, Australia, have been growing it in labs and are trying to turn it into products that humans are able to eat.

The research has found that microalgae can be manipulated to become nutrient-rich. The qualities of microalgae can also significantly reduce the planet's carbon footprint.

What foods can you make with microalgae? 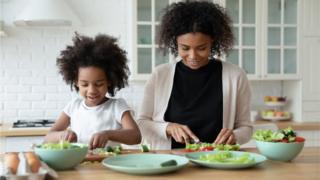 The team from Flinders University have been using the marine microalgae to make food products like caviar, vegan patties, plant-based meats, jelly, jams and spreads.

Niki Sperou from the Centre of Marine Bioproducts Development has been helping the scientists to develop these in the hope they can be sold to shoppers in the future.

"People are looking for a different way to eat, something that is sustainable, healthy and ethical, and marine microalgae can fill in the gaps for people seeking primarily a plant-based diet.

Niki told ABC News that although the microalgae product tastes like seaweed in its raw form, new technologies can alter flavours to make it taste like anything. 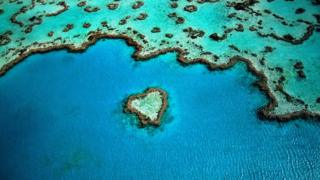 "We're able to manipulate the raw materials to mimic just about anything that's out there on the market, we just play with the textures and the flavours and we can find something that is attractive and palatable to most people".

Another scientist, research engineer Peng Su said that by changing the composition of the microalgae product, the team can make it fit into different food groups and even control how it behaves after being eaten.

"I can function how long or how fast I want those nutrients to be released in my body according to my need," Mr Su said.

Mr Su said: "I can have coffee [in ball-shaped products] and still have the benefits of coffee, but have it slowly released over 24 hours, so I won't get a headache."

What do you think about food made from marine algae? Let us know in the comments.

Christmas food: Would you eat these weird flavoured foods?

110 comments
Back to top
unknown