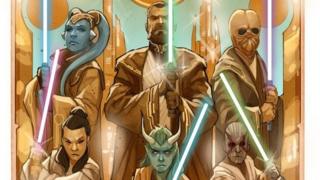 Star Wars
The High Republic, is set 200 years before the release of the first Star Wars movie, The Phantom Menace

The Star Wars Skywalker saga may over, The Mandalorian won't be back for another year, but there's some good news in store for fans of the franchise.

"We are so excited to be opening up such a rich, fertile era for our authors to explore," says Lucasfilm president Kathleen Kennedy about The High Republic. "We'll get to see the Jedi in their prime."

What's The High Republic about?

The High Republic is set 200 years before the first movie in the Star Wars timeline, The Phantom Menace.

It shows the Jedi in all their glory as the guardians of peace and justice. It also features a 700-year-old Yoda!

"This is a hopeful, optimistic time, when the Jedi and the Galactic Republic are at their height. But of course, into this glorious new era something wicked this way comes," said creative director Michael Siglain.

"This will give readers young and old a new corner of the galaxy to explore through rich, meaningful stories. Plus, readers will learn what scares the Jedi."

What can fans expect? 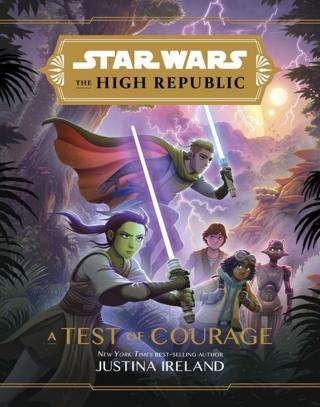 The first books in the High Republic project introduce audiences to brand new characters and storylines and two novels aimed at children and young adults are already available to read - A Test of Courage by Justina Ireland and The Great Jedi Rescue by Cavan Scott.

A third book called Light of the Jedi by Charles Soule is aimed at adults, but young fans don't have to worry about missing out on all the important details.

A Test of Courage, Light of the Jedi and another young adult novel - Into the Dark, which is being released in February 2020 - are all centred around the same big event - The Great Hyperspace disaster. 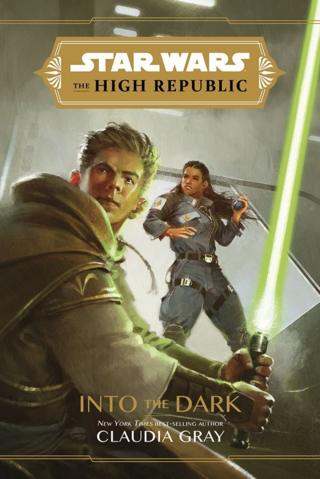 The first issue of the Star Wars: The High Republic comic series has been released this month with another comic book series of High Republic Adventures, will be available for audiences from next month.

The TV programmes haven't arrived yet but we know Disney+ is working on several new star wars TV shows, including one about the High Republic time.

We don't know much about this one except that it will be a mystery-thriller that "will take viewers into a galaxy of shadowy secrets and emerging dark side powers in the final days of the High Republic era."

What about the villains?

The High Republic will also see some new villains taking on the Jedi and the Republic, the Nihil and the Drengir.

"The Nihil are brutal, savage marauders, based in the Outer Rim," said Light of the Jedi author Charles Soule. 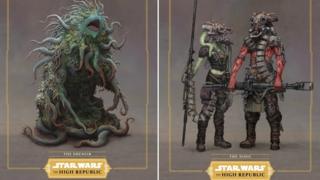 "They're the stuff of nightmares, able to appear anywhere almost at will. They use bizarre, intimidating tactics — chemical weapons, poison — anything that might kill you, they'll use."

The Drengir are a very unique type of villain. "As the Jedi struggle to deal with the aftermath of the Great Disaster, a new creeping terror rises from the ground beneath their feet. The Drengir are sentient plant-life who are looking to reap a terrible harvest across the galactic frontier," said The High Republic writer Cavan Scott.

"They are one of my new favourite Star Wars monsters to write. They are sinister, unstoppable and, as we'll find out, inescapably linked to the fate of one of our High Republic Jedi…"

The Mandalorian Season Two: Five cool things about the show