CES 2021: What cool tech has been showcased so far? 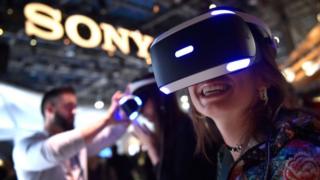 Getty Images
CES normally attracts thousands of tech companies and fans, but it's being held online this year

The Consumer Electrics Show (CES) is one of the biggest tech events in the world. It's a chance for tech companies and creators to come together to show the world their latest inventions and products.

This year's show, which runs until Thursday 14 January, is a little different compared to previous years because of the current coronavirus pandemic.

CES usually draws up to a massive 200,000 guests, but it's being held digitally this year, with virtual booths where tech companies can present their creations.

So what cool tech have we seen from this year's event so far? Read on to find out more. 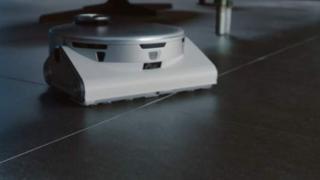 Samsung has unveiled a number of new products this year including a robot vacuum cleaner! It's called the JetBot 90 AI and the company says the device is smart enough to clean spaces while also avoiding delicate items.

It's said to use object recognition technology to determine the best path to take when cleaning.

Owners can monitor how the robot is getting on using their phones and it's even able to empty its own bin - how handy is that!

Want more of the latest stories?

Some supermarkets are making rules on face masks stricter

Check out Hogwarts made from... gingerbread! 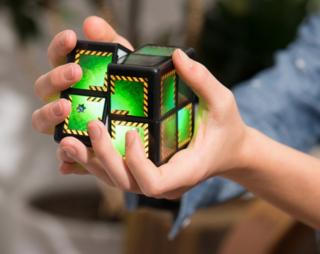 Gaming is incredibly popular at the moment and the WowCube is a unique device that allows users to play in a completely new way.

The gaming system, which resembles a Rubik's cube, is made up of eight individual cubes which are all connected to one another other.

It allows users to play video games that run on all 24 screens at the same time. People are able to twist, shake and tilt the device while they play, providing a very different experience compared to more traditional gaming devices. 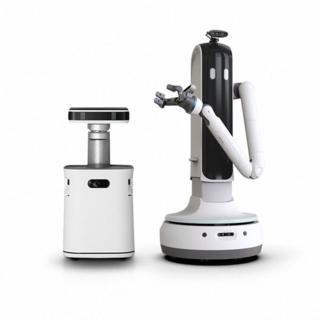 The JetBot 90 AI isn't the only robot Samsung has been working on. They've also showcased Bot Handy at this year's CES, a friendly robot which can load dishwashers, set the table, pick up laundry and even bring people drinks.

Unfortunately, it looks like the Bot Handy won't be made available to buy for quite a while. It's been described as a "concept" that is currently in development, but it provides some interesting ideas about how robots may be used to help humans in the near future. 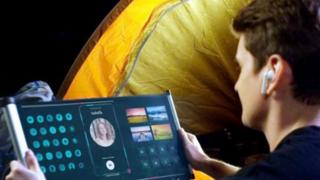 Tech companies LG and TCL are both exploring the idea of displays that can be rolled up.

Phones and tablets are known for holding lots of information on tiny devices, but these rollable screens, which resemble old-fashioned scrolls, may allow for bigger screens to be neatly stored away in smaller spaces.

TCL says its display is just 0.18mm deep - that's only twice as thick as office paper! 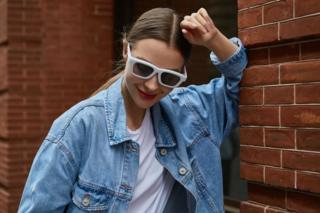 American tech company VOY has created glasses and sunglasses which enable users to change their required prescription with the simple twist of a dial.

It enables wearers to change the strength of their specs depending on what they're using them for at any given time.

Technology: How tech is changing classrooms