What sporting events are going to happen in 2021? 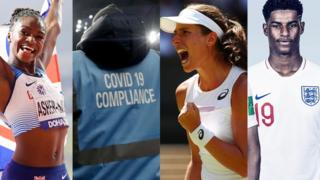 Olympics, football, rugby and the return of Wimbledon - there are hopes that 2021 will be a huge year of sport.

Lots of events that were supposed to take place in 2020 are due to go ahead this year, but it's tricky to know what will definitely happen, and what may miss out again.

A big question for lots of people is also whether fans will be allowed back in the stadiums to support their favourite sports stars.

We take a look at sport in 2021 and try to answer some of the questions being asked. 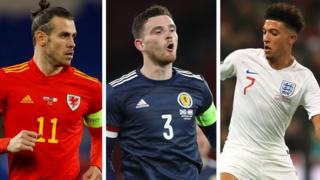 Getty Images
Wales, Scotland and England are all hoping for glory this summer...

The Euros are due to start on 11 June and will feature a whopping 51 matches in total - that's a lot of football!

However, there are reports this format could be changed - perhaps with the event taking place in just one city rather than 12.

The final is due to go ahead at Wembley Stadium on 12 July - but will any of the home nations make it all the way? England, Scotland and Wales have all qualified to take part.

It is not yet known whether any fans will be able to go to matches, but it has been suggested Uefa are making plans for empty stadiums.

What about the Olympic and Paralympic Games in Tokyo - will they happen? 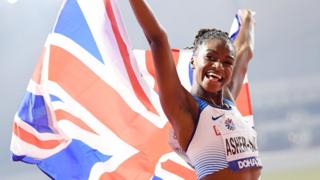 Getty Images
Will Dina Asher-Smith be able to claim her first Olympic title this year?

The Tokyo Games were another 2020 event to be postponed due to the coronavirus pandemic, but the organisers say they are hopeful they will go ahead as planned in the summer.

It looks unlikely that it will take place with full crowds of supporters, and it will be tricky to manage over 11,000 Olympic athletes, but the International Olympic Committee say they are hoping the world's vaccine roll out will make a huge impact on the games.

There have been suggestions that fewer athletes will be able to take part in order to reduce the amount of people travelling to Tokyo, but nothing has been decided yet.

How about the Premier League and other weekly football - that's going to carry on, right? 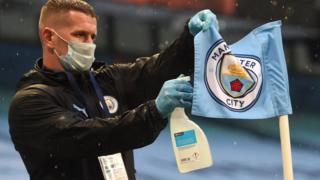 Getty Images
Football clubs have been told to improve their safety measures to help reduce the spread of coronavirus.

At the moment, yes.

But after a recent rise in the number of coronavirus cases amongst players and staff, questions have been asked of teams and leagues.

The Premier League have advised teams to increase their safety measures, including banning hugs and handshakes.

Some matches have been postponed because teams have not been able to play a full squad of players.

Others have had to use young players from the academy or youth squads in order to make sure the match goes ahead.

Lower leagues in Scotland have even been told to take a three week break to give them time to introduce regular testing procedures.

What about tennis - will Wimbledon be happening? 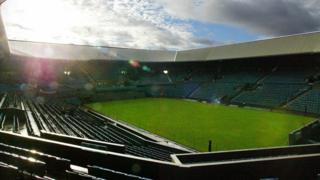 The Australian Open is the first grand slam of the year and due to happen in February.

But with the Australian government currently not allowing non-residents to enter the country, it is becoming difficult to see how it can take place on schedule.

Wimbledon is due to take place in July so potentially has more time to make a decision.

But will there be fans? Well, we saw the 2020 US Open and ATP Finals go ahead with empty stadiums so they could copy that format, which would mean people would have to watch it on TV instead.

Will we see some cricket? 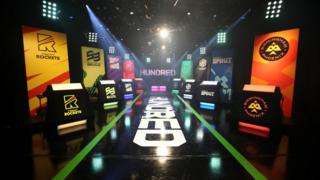 Getty Images
The Hundred was due to start last summer - they even kicked off with a showbiz launch event where the world's biggest players were drawn into teams... fingers crossed it can go ahead in 2021

The brand new cricket competition - The Hundred - was due to kick off during the summer of 2020, but was put on hold.

The organisers say they are hoping to be able to launch the game later this year.

Tickets are already on sale to be able to watch in the stadiums, but as with most events this year, its not yet known if this will happen.

The Women's Rugby World Cup - is THAT happening? 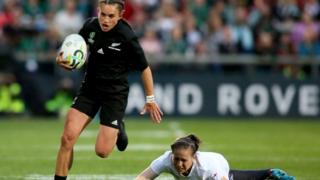 Getty Images
Hosts New Zealand will want to hold onto their crown - but former winners England will be close behind...

It's one of the very few international events that we can say will probably go ahead with full stadiums.

That's because it's taking place in the autumn in New Zealand, where they have not had a local coronavirus case since November 2020.

New Zealand's prime minister, Jacinda Ardern, said: "As one of the few countries in the world where sport can even be played in front of packed stadiums of fans, Rugby World Cup 2021 offers up a chance to showcase New Zealand to a global audience."

But it is not yet known whether fans from other countries will be able to go and watch as the country has very strict rules about who is able to come into the country.

Joe Wicks: Youtube PE classes are coming back to help you keep active during lockdown