There's lots to be excited about in 2021 if you're a fan of gaming!

Last year was a big one for the gaming industry, with, not one, but FOUR new games consoles including the Xbox Series X and the PlayStation 5.

As well as that a host of huge games like Animal Crossing and Minecraft Dungeons which launched onto our screens.

So, 2021 has some pretty big shoes to fill, but with the arrival of these new next-gen consoles, that means new next-gen games, and lots of them!

From saving Hogwarts, to taking pictures of pokémon, we caught up with gaming expert Shay Thompson to give us the low down on what games we can hopefully look forward to in 2021... (You can vote for your favourite at the bottom of the article!)

Video games can make you 'happier'

What is the Rocket League Championship Series X?

The Legend of Zelda: Breath of the Wild 2 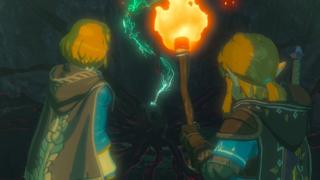 Nintendo
What mysteries will Princess Zelda and Link uncover this time?

Zelda and Link are back! After the launch of the first game Breath of the Wild in 2017, the sequel is predicted to return later this year.

The story looks like it will pick up from where the first game left off, not long after the duo defeated Calamity Ganon, restoring peace to Hyrule.

Aside from a teaser trailer Nintendo have been very tight-lipped about the new game, only saying that it might be a bit darker than the pervious one. 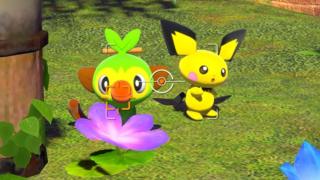 Nintendo
Snap pictures of pokemon in the wild, like Grooky and Pichu

It's time to dust off your photography skills as Nintendo are releasing a sequel to Pokémon Snap!

In the new game players will play as a photographer, travelling around the world taking pictures of pokémon in the wild.

The original Pokémon Snap game came out in 1999 and was playable on the Nintendo 64 console. 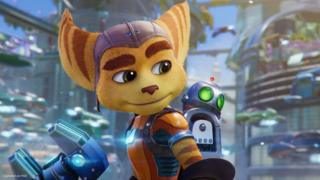 Sony/Insomniac Games
Ratchet & Clank are back for another space adventure

It's been eight years since the last Ratchet & Clank game came out, but the dynamic duo are back in action in Rift Apart.

In the game players can travel through lots of different worlds playing as Ratchet the Lombax mechanic, and his robot friend Clank, using lots of gadgets to take down an evil space emperor.

The thing that has fans excited about this release is that it will be using some of the new technology from the PS5 console, such as the haptic triggers, which will allow players to "feel" different sensations using the controller. 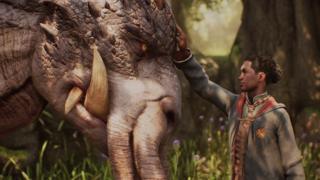 Finally if you're a Harry Potter fan, this game might be up your street.

Hogwarts Legacy takes place in the 1800's at Hogwarts school of Witchcraft and Wizardry, and allows players to create their own character and become a student at the school.

Players can, join magical lessons, take care of magical creatures and even take part in wizard duels! - so get your wands ready!

However, the game's publishers Warner Bros, recently announced that the release of Hogwarts legacy would be delayed until 2022.

90 comments
Back to top
unknown