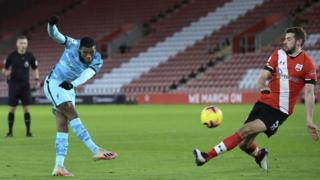 Despite a new national lockdown, most professional sport across the UK has been allowed to continue behind closed doors.

It means Premier League football and elite leagues in other sports are allowed to carry on where it is safe to do so.

Meanwhile games and training in non-elite football and other sports - which includes all adult and youth grassroots - have been suspended.

So is it fair - and if professional athletes receive the vaccine before others, how would you feel? 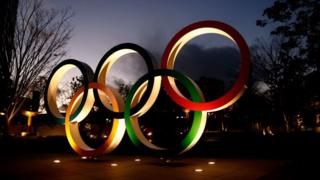 Well that's the question being asked by the IOC (International Olympic Committee) ahead of the Tokyo Games rescheduled for this summer.

Elite sport organisations and the Government think that allowing professional sports to continue as much as possible improves people's morale. That means it makes them feel good.

As many of us are stuck at home, though we may not be able to play, we can watch many of our favourite sports teams and athletes compete - and for those of us that like watching sports, that's a good thing.

WHICH NON-ELITE FOOTBALL HAS BEEN SUSPENDED?

All indoor and outdoor grassroots football, including under-18s (except organised outdoor football for disabled people, which is permitted)

The Premier League has proved that with regular testing regimes and bubbles at its training grounds, it can identify positive cases of coronavirus early, and quarantine a player, or players immediately. Which is why fixtures have been allowed to safely continue. 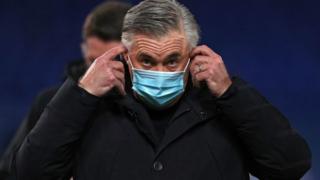 PETER BYRNE
Everton's Italian head coach Carlo Ancelotti fixes his protective face mask to combat the spread of the coronavirus, as he arrives for the English Premier League football match

But while the biggest clubs can afford to do that, not all can, and there seems to be a growing divide, in football particularly, between the rich clubs with big squads that can keep this up through the pandemic and the smaller clubs that are struggling to field a team.

In terms of the Olympics, the IOC are hopeful that athletes around the world due to compete at this summer's Olympic Games in Japan will be high up on the vaccination list, once healthcare and frontline workers have received theirs.

The Games in Tokyo has already been postponed once and organisers, whilst they "do not want to queue jump," are anxious that this does not happen again. 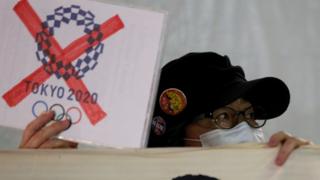 Japan has seen a recent increase in infections and with the rise of new coronavirus strains, or variants, it understandably wishes to ensure its competitors and those officials arriving in Japan from around the world have received the vaccine.

But should fit, young professional athletes be allowed the vaccine ahead of more vulnerable groups? Is elite sport and global competition important enough to us that it should be prioritised ahead of other groups?

What do you think? Let us know!

When IOC members met on Tuesday, Dick Pound said he didn't think many people would be upset if athletes jumped the queue - and that "it was the most realistic way" of ensuring the Tokyo Olympics went ahead.

"The priority has to be the people who need it most; frontline workers, the elderly and the vulnerable. There will come a time, hopefully ahead of the Olympic Games, when the athletes can be considered for vaccination but we'll only do that when it's appropriate."

The IOC has confirmed it will be making "all efforts to have as many foreign participants as possible" vaccinated before the Games, adding that Japan "should be confident that everything is being done to not only protect the participants, but also the Japanese people, by having as many of the visitors as possible being vaccinated."

Discussions have been taking place in the UK about how and when British athletes can and should be vaccinated, but as yet no decision has been taken, although it's been made clear that this should not be at the expense of the elderly and vulnerable.

So what do you think? Let us know in the comments below.

Tokyo Olympics 2020: The Games are off - but check out these moments from Olympic and Paralympic history!

Coronavirus: Why won't children get the vaccine?