Washington DC riots: What happens next to Donald Trump? 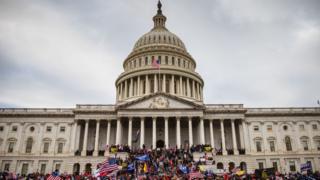 On Wednesday thousands of protesters gathered outside the Capitol building, in Washington DC, protesting the result of America's election.

Protests turned to riots, and the events that followed shocked many people, not just in the USA, but around the world.

As the home of America's democracy, the Capitol building is where the United States Congress meet to write laws for the country. A bit like the Houses of Parliament in Westminster, London, where MPs meet here in the UK. 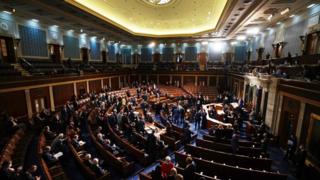 Inside the Capitol building, lawmakers and Members of Congress had met to count electoral votes to officially confirm Joe Biden's victory following the presidential election that took place in November last year.

It's the final step before the President-elect is inaugurated and becomes president on the 20 January.

But as events unfolded on Wednesday the scenes around Washington were unlike any that we have seen before. 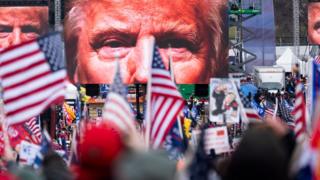 Why is Donald Trump being blamed?

Earlier in the day Donald Trump held a rally outside the White House, not far from the steps of Capitol Hill. He spoke, as he has regularly done since the result of the election, about how the election was being stolen from him - false claims which he has been unable to prove.

Thousands of Trump supporters had gathered to listen to what he had to say and were encouraged by the President to march to the Capitol to protest the election result. 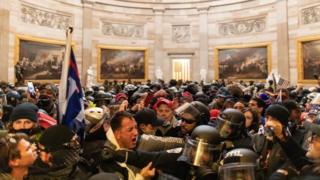 While law-makers were working to officially confirm Joe Biden as the President-elect, Trump supporters decided not just to protest outside the building but to force their way in, bringing down barriers and climbing walls, barging their way past security.

A moment of great dishonour and shame for our nation

As violent scenes erupted there were calls from other leading figures, including the President-elect, to put an end to it quickly. He challenged the President to go on national TV immediately to do so.

"To storm the Capitol, to smash windows, to occupy offices on the floor of the United States Senate... threatening the safety of duly elected officials. It's not protest; it's insurrection," he said.

During that time President Trump had appeared to do very little to stop the protests, and continued to face criticism for not having done so. 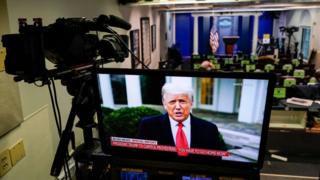 Instead he posted a video to Twitter. While he said it was important people should leave the premises and return home he continued to reinforce his opinion upon his supporters that the election was being stolen - words which appeared to do very little to stop the protests.

"We had an election that was stolen from us. It was a landslide election, and everyone knows it, especially the other side," he said. "But you have to go home now. We have to have peace."

Protestors occupied the building for more than three hours before it was secured. One woman was shot by police and three others died of "medical emergencies".

Congress was able to continue after the violence ended and has now certified Joe Biden's election win.

What are the Republican party saying?

Some Republicans were trying to overturn the results in some states but lacked enough support to do so.

In a statement on Thursday morning, Donald Trump said that while he totally disagreed with the outcome of the election, there would be an orderly transition on January 20th.

However the president made no reference to the violent protest at the Capitol building, which led to the deaths of four people. 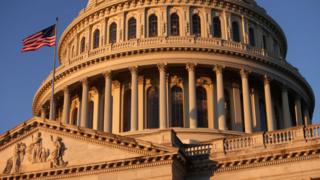 A growing number of people, both Democrat and Republican, have condemned the violence and laid the blame solely at President Trump.

Senator Tom Cotton of Arkansas, who frequently sides with the president, was one of those who spoke out against him. "It's past time for the president to accept the results of the election, quit misleading the American people, and repudiate mob violence," he said.

"The voters, the courts and the states, they've all spoken...

"If this election were overturned by mere allegations from the losing side, our democracy would enter a death spiral. We'd never see the whole nation accept an election again. Every four years would be a scramble for power at any cost."

What happens to Donald Trump now?

With the votes counted and President-elect Joe Biden now officially confirmed, he will be inaugurated as President of the United States on January 20.

Between now and then a process known as a transition of power has been in effect, to ensure a smooth handover from one presidency to the next.

What's happened is anything but smooth, and leaves soon-to-be president Joe Biden in a difficult position where he may have to decide how to deal with Donald Trump when he finally takes over the Presidency. 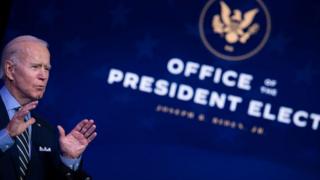 Usually on inauguration day it is customary for the outgoing president to greet the new one and on the steps of Capitol Hill the new president is sworn in.

But after the events that unfolded on Wednesday is that possible?

The UK's home secretary Priti Patel has called the scenes in Washington on Wednesday "horrendous" and unacceptable".

His comments directly led to the violence, and so far he has failed to condemn that violence and that is completely wrong,"

With his social media accounts suspended, Donald Trump has less than two weeks left in office, but members of his cabinet are reportedly considering ways to remove his presidential powers.

What is the 25th Amendment?

The 25th Amendment of the US Constitution allows for a transfer of power from the president to the vice-president, either temporarily or permanently. And that's what many democrats want now. They are calling for Mike Pence, the Vice-President, to take charge until Joe Biden takes over. 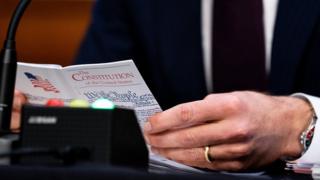 However to do so they would need to sign a letter to the speakers of the Houses of Representatives and the Senate declaring the president is unfit to govern or incapable "of discharging the powers and duties of his office".

If Donald Trump disagreed, then Congress would vote to decide.

Other options involve impeachment, something Donald Trump has been subjected to before.

The US constitution states a president "shall be removed from office on impeachment for, and conviction of, treason, bribery, or other high crimes or misdemeanours".

It is a political process, rather than a criminal one, and it is unlikely this process would be concluded before his term ends.

Could President Donald Trump be prosecuted?

The chances of Donald Trump facing any criminal proceedings is fairly slim.

However now it is clear that Donald Trump will leave office, if he were to be accused of committing a crime, as some say he has by enabling the riots on Capitol Hill and not doing enough to prevent them, it does potentially give Joe Biden a headache in the weeks and months to come.

What happens at the inauguration of the new US President?

108 comments
Back to top
unknown