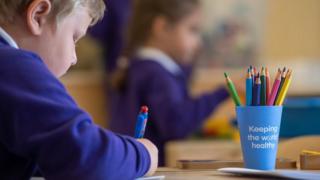 Plans to shut schools across England, Wales and Scotland have been announced, while leaders in Northern Ireland say pupils will have an "extended period of remote learning".

The aim is to help stop the spread of the coronavirus after a rise in cases across the UK and to protect the NHS from being overwhelmed.

There are slightly different measures in different parts of the UK.

New lockdowns for England and Scotland

What are the coronavirus rules where you live?

What do YOU want to know about the new coronavirus rules? 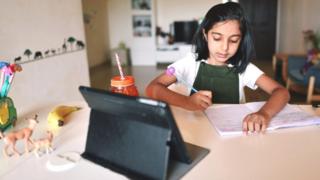 Prime Minister Boris Johnson has announced a new lockdown for England, which includes all schools shutting from Tuesday 5 January until February half-term at least.

Schools will stay open for children of key workers and vulnerable young people.

Most primary schools in England reopened on Monday 4 January, with others staying closed in certain areas. Some teachers, headteachers and parents weren't happy with the decision and wanted all schools shutting. 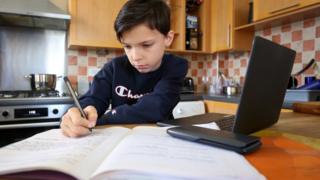 Education Secretary Gavin Williamson said older students would have a staggered return to school, with all secondary and college pupils returning full-time on the 18 January.

To those who questioned why some schools opened on 4 January, Mr Johnson said it was because "we've been doing everything in our power to keep schools open. We know how important each day in education is to children's life chances".

Check out our wellbeing advice

How to look after your mental health right now

He reiterated that schools are safe for children and that children are "still very unlikely to be severely affected, even by the new variant".

The PM also said that there will be support in place for pupils who have free school meals.

Mr Johnson added that it is "not possible or fair" for exams, such as GCSEs and A-Levels, to go ahead as planned this summer and that "alternative arrangements" will be put in place.

Here's what some of you said ahead of the announcement

RubyWhale345: My mum is a keyworker so I have to go

hogwarts_rabbit: Our teachers will not be doing video call we just get given work sheets.

Isabella: I would hate [to be off school] because I love school

catqueen: Personally I feel all schools should shut and we should do remote learning because cases are rising and more people are having to face Covid-19 (Coronavirus).

What's happening with schools in Scotland? 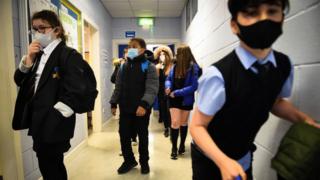 New lockdown rules come into force in Scotland from Tuesday 5 January until the end of the month.

Under the new restrictions, remote learning has been extended to 1 February.

The Scottish government had previously announced that pupils would go back to school from the 18 January following a week of online learning.

The new rules, which will be reviewed on 18 January, apply to all nursery, primary and secondary schools, however, vulnerable children and those whose parents or guardians are key workers will not be affected.

What's happening with schools in Wales? 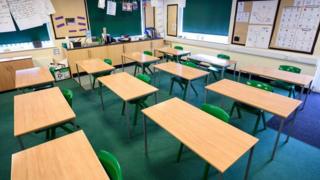 Wales has had tougher rules since 20 December when it went into a national lockdown.

Originally, there was meant to be a phased return for pupils, with some schools due to open on Wednesday and others by 11 January - local authorities had some flexibility about start dates.

But now all schools in Wales will move to online learning until 18 January.

Schools will still be open for children who are vulnerable or whose parents are key workers, as well as students who need to complete essential exams or assessments.

Learning from home? Bitesize has you covered

All you need with Bitesize 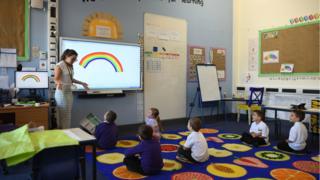 In Northern Ireland, leaders had planned for primary school pupils to be taught online until 11 January, but they've now confirmed that nursery, primary and secondary schools will remain shut until after the February half-term. However, special schools will stay open.

This month's transfer tests in Northern Ireland, used by many grammar schools to select pupils, were cancelled. The first test was due to take place on Saturday. AQE, which is one of the organisations that runs the exams, has now said it'll be holding a single test on 27 February.

Government ministers have also decided that all GCSE, AS and A-level examinations in Northern Ireland will not go ahead this year. However, it's not yet known what alternative arrangements will be put in place.

Remote learning: How to boss studying at home

213 comments
Back to top
unknown