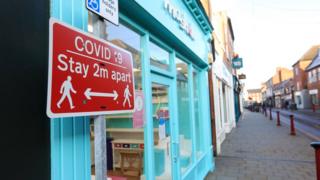 New national lockdowns have been announced for England and Scotland.

The stricter rules are being described as similar to those which were in force in March last year.

People are being told to stay at home and all schools will now close for most pupils.

It's after First Minister Nicola Sturgeon announced a similar lockdown for Scotland which will last until 1 February.

What's happening with schools across the UK?

Schools across UK to close

Why are there new lockdowns?

The PM said it is "frustrating and alarming" to see the speed at which a new variant of the virus is spreading.

It's hoped the tougher rules will help stop the spread of the coronavirus after a sharp rise in cases and that it will also help protect the NHS from being overwhelmed.

It's as the UK's chief medical officers and NHS England's medical director have recommended that the UK Covid alert level should move up to level five - that's the highest level and means there is now a risk of the NHS being overwhelmed.

This is based on the number of confirmed cases and the R number (a scientific measure of how fast the virus is spreading), and is different to the tier systems.

Check out our wellbeing advice

How to look after your mental health right now

What are the new lockdown rules for England? 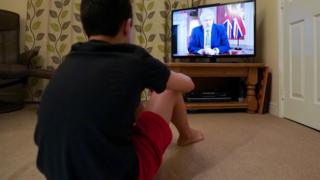 People in England are being told to stay at home, except for limited reasons including shopping for essentials such as food.

People who are clinically extremely vulnerable are also being advised to start shielding again.

All schools will close and move to remote learning. Vulnerable pupils and children whose parents are key workers will still be able to go to school. 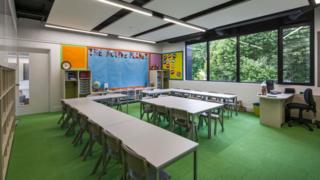 Getty Images
In England and Scotland all schools are shutting for most pupils, with learning going online

Exercising outside is allowed once a day, but venues such as gyms, tennis courts and golf courses will be closed.

Professional sport in England can continue behind closed doors.

Are there any positives?

Mr Johnson stressed "one huge difference" between this new lockdown and the one in March last year - the rolling out of "the biggest vaccination programme in our history".

The PM said that by the middle of February, "if things go well", the government expects to have offered a first vaccine dose to everyone in the four top priority groups.

These groups include all residents in care homes for older adults and their carers, everyone over the age of 70 and all frontline health and social care workers.

By vaccinating vulnerable people in those groups, he said "that will eventually enable us to lift many of the restrictions we have endured for so long".

He also added that "thanks to the miracle of science, not only is the end in sight but we know exactly how we will get there".

Want to know more about the coronavirus vaccines?

Northern Irish granny is first to get a coronavirus vaccine

Meet the woman who designed the Oxford coronavirus vaccine

What are the new lockdown rules in Scotland? 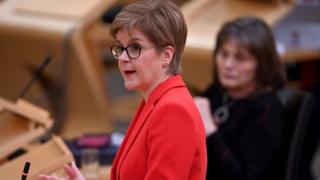 She said the rules will be kept under review, but that she can't rule out having to make further changes or make them last longer.

What are the lockdown rules in Scotland from 5 January?

Wales has had tougher rules since 20 December when it went into a national lockdown.

In Northern Ireland, a meeting between ministers at Stormont has been held late on 4 January about the possibility of further restrictions.

The First Minister, Arlene Foster, has already said "difficult decisions" will need to be made.