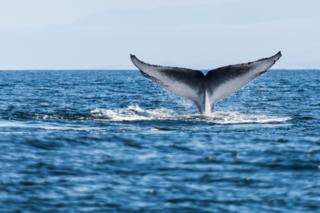 Getty Images
Did you know? Blue whales are the largest animals to have ever lived on Earth

A new population of blue whales has been found in the Indian Ocean.

Scientists made the discovery after picking up a new 'song' while they were studying another group of whales in 2017.

Whales make sounds - described as a song - to communicate with each other.

Each population of whale sings in their own pattern, this helps scientists to identify one group from another.

Although whales are some of the biggest mammals, they are often hard to find! 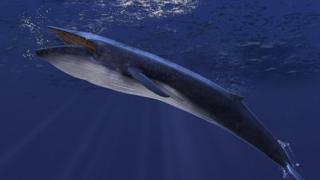 Dr Salvatore Cerchio, the director of the African Aquatic Conservation Fund's Cetacean Programme, is one of the scientists who was studying a different type of whale when he picked up the new sound.

A blue whale's song is one of the lowest frequency sounds made by any animal and can be heard by other whales over distances of 500 miles.

Dr Cerchio knew the song belonged to a group of whales but not a group he had come across before.

He had also been working with the team of scientists who have been collecting acoustic recordings off the coast of Oman in the Arabian Sea.

This team had also picked up the new song.

It was quite remarkable, to find a whale song in your data that was completely unique, never before reported, and recognise it as a blue whale.

Blue whale songs have been studied for years and a few species have been found through their songs.

"With all that work on blue whale songs, to think there was a population out there that no one knew about until 2017, well, it kind of blows your mind," Dr Cerchio said. 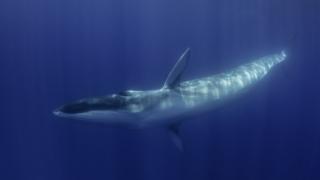 Studies revealed that the whales are living from the Arabian Sea coast off Oman, across to the Chagos Archipelago in the central Indian Ocean, and as far south as Madagascar in the southwest Indian Ocean.

Recordings of the whale song in Oman were discovered when Dr Cerchio's team reported their findings to the International Whaling Commission (IWC) in 2018.

Emmanuelle Leroy and Tracey Rogers from the University of New South Wales were also conducting acoustic research on blue whales in the Indian Ocean and found they had detected the same song pattern. 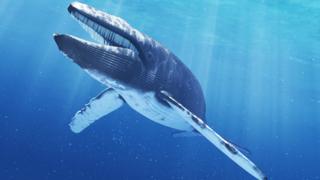 Getty Images
Blue whales are classified as an endangered species

Andrew Willson, from Five Oceans Environmental Services LLC and who led the recording operation, said: "Before our recording effort off Oman, there was no acoustic data from the Arabian Sea, and so the identity of that population of blue whales was initially just a guess.

"Our work shows that there is a lot more to learn about these animals, and this is an urgent requirement in light of the wide range of threats to large whales related to expanding maritime industries in the region."

Blue whales were hunted so much in the 20th century that they nearly became extinct, but since new laws on whaling, numbers have been slowly increasing.

"For 20 years we have focused work on the highly endangered Arabian Sea humpback whale, for which we believe only about 100 animals remain off the coast of Oman," said Suaad Al Harthi, the executive director of the Environment Society of Oman.

"Now, we are just beginning to learn more about another equally special, and likely equally endangered, population of blue whale."

Stonehenge: Experts have made a big discovery near the ancient site