US Space force to be 'Guardians' of the galaxy 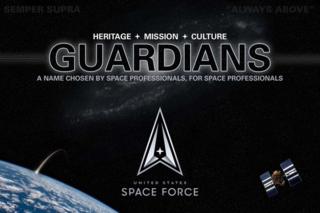 America's newest branch of its armed forces will be given a name that's got people thinking of sci-fi films!

It was announced on the force's first birthday that members of the US Space Force will be known as 'guardians'.

"Soldiers, sailors, airmen, Marines and guardians will be defending our nation for generations to come."

What is the US Space Force?

What's strange about the new US Space Force uniform?

What are people saying? 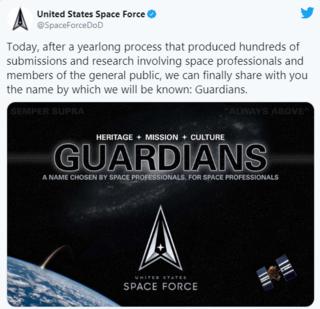 The new name was announced on social media with this statement: "The opportunity to name a force is a momentous responsibility. Guardians is a name with a long history in space operations, tracing back to the original command motto of Air Force Space Command in 1983 -Guardians of the High Frontier"

"The name Guardians connects our proud heritage and culture to the important mission we execute 24/7, protecting the people and interest of the U.S. and its allies."

However, some of other people have been teasing them about the name Guardians and the logo saying it looks like a cross between the Marvel film, Guardians of the Galaxy and the old TV show, Star Trek.

What is the Space Force? 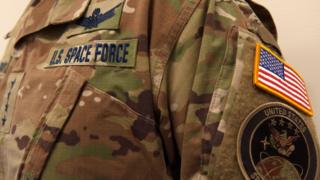 Twitter/@SpaceForceDOD
What do you think of the US Space Force's new uniform?

Space Force is America's first new military service since the Air Force was set up in 1947 after World War Two.

Its main job will be to protect US satellites, space stations and future bases, rather than having service personnel fighting battles in space.

Its motto is semper supra which is latin for 'always above'. 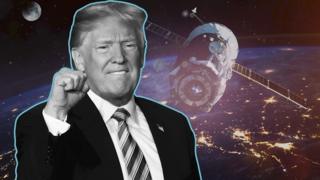 Originally, President Trump wanted the Space Force to be the equal of the US army, navy and air force, but instead Congress made it part of the Department of the Air Force.

President-elect Joe Biden has yet to reveal his plans for Space Force.

US Space Force: Why have people been criticising it?