Do you think schools should close early for Christmas or stay open? 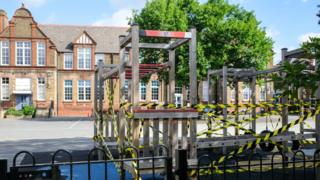 Getty Images
What will happen to schools in London for the final week of term?

It's almost the end of term but there is debate among politicians about what should happen in schools in England.

Should they close early to help reduce the spread of the coronavirus, or stay open to make sure children get as much face to face teaching as possible?

In Wales, all secondary schools and colleges have switched to remote learning. Primary schools in areas such as Cardiff and Swansea will also close early.

In England's capital city, London, Mayor Sadiq Khan has asked the government to shut schools early and reopen them later in January but the government wants them to stay open. 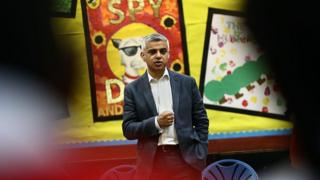 In the boroughs of Greenwich, Islington and Waltham Forest, schools were being asked to move to learning online from Tuesday.

But the government has told them that they face legal action if they do close.

Education Secretary Gavin Williamson ordered them to keep all schools open until the end of term.

Council leader of Greenwich, Danny Thorpe, said he did not agree that it was right to keep schools open but said he had "no choice but to ask our schools to keep their doors open to all students rather than just continuing with online learning".

The Mayor of London, Sadiq Khan, wants the government to consider asking secondary schools and colleges "which don't yet have testing facilities, to close early and to reopen a bit later in January to allow time for weekly testing to be put in place".

A spokesman for the Department for Education has previously said it is important for children to stay in school until the end of term. 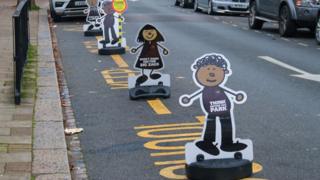 In the rest of England, schools will be allowed to shut for an inset day on Friday 18 December, allowing "six clear days before Christmas Eve".

Schools in Northern Ireland said they won't shut schools early despite calls to do so, with some open until 22 December.

Scotland says its schools will open as usual, which for some means until 22 or 23 December.

Do you think schools should close early or stay open for the last few days of term? Vote here.

Are you giving a Christmas present to your teacher?

London will move into tier three on Wednesday

90 comments
Back to top
unknown