LGBT+ History month: 12 icons you should know about

With same-sex marriage now legal in all parts of the UK, it can sometime be easy to forget how different attitudes to homosexuality were in the past, and how much change has taken place over the past 50 years.

For hundreds of years gay people have struggled to be accepted and treated the same as people who are not gay.

In fact it wasn't until 1967, that two men were able to be in a relationship together without the fear of being arrested.

LGBT+ stands for lesbian, gay, bisexual and transgender. The + is an inclusive symbol to mean 'and others' to include people of all identities.

History of Gay Rights in the UK

All you need to know as Stonewall turns 30

LGBT+ history month takes place in February each year, to help educate people on lesbian, gay, bisexual and transgender history, as well as the history of the gay and civil rights movements.

Find out more about some of those who have made an impact both from the past and present. 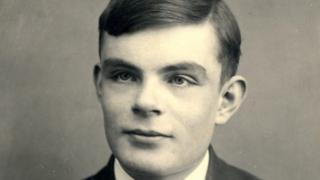 Alan Turing was not a well known figure during his lifetime, but today he is famous and celebrated for the crucial part he played in the victory over Nazi Germany in WW2.

Turing was a mathematician who cracked something called the Enigma code, which is thought to have shortened the war by several years.

He was also a victim of mid-20th Century attitudes to homosexuality and in 1952 was arrested because being homosexual was illegal in Britain at this time.

In 2013 he was pardoned for this 'crime', and in 2017 the government agreed to officially pardon men accused of 'crimes' like this, meaning they will no longer have a criminal record.

This pardoning has come to be known as the Alan Turing law.

In 2019 Turing was named the most "iconic" figure of the 20th Century and his face now appears on the £50 note. 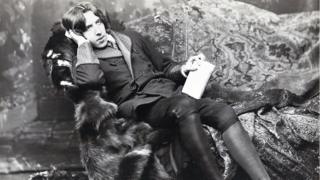 Oscar Wilde is one of the famous playwrights of all time, in fact, you might even have studied 'The Importance of Being Earnest' - one of his most famous plays - at school.

He was married to a woman and had two sons, but was later accused of being homosexual. After details of his private life were revealed during a court case had started, he was arrested and tried for gross indecency.

He was sentenced to two years of hard labour, and his wife took their children to Switzerland.

His time in prison severely affected his health and once he was released he spent the rest of his life in Europe. 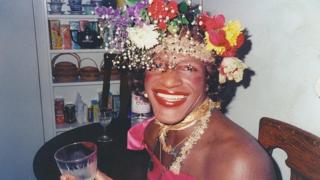 Marsha P. Johnson was an African American transgender-rights activist, whose work in the 1960s and 1970s had a huge impact on the LGBT+ community.

At this time, being gay was classified as a mental illness in the United States. Gay people were regularly threatened and beaten by police, and were shunned by many in society.

In June 1969, when Marsha was 23 years old, police raided a gay bar in New York called The Stonewall Inn. The police forced over 200 people out of the bar and onto the streets, and then used excessive violence against them.

Marsha, who was living and working in New York at the time, was one of the key figures who stood up to the police during the raids.

Marsha resisted arrest, but in the following days, led a series of protests and riots demanding rights for gay people.

News of these protests spread around the world, inspiring others to join protests and rights groups to fight for equality. 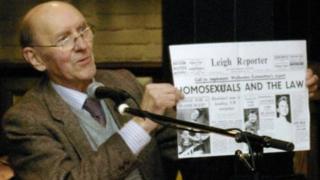 These days he's often called the grandfather of the gay rights movement, for openly campaigning as a gay man when homosexuality was still illegal.

In 1964 Allan Horsfall and a group of friends set up the North West Homosexual Law Reform Committee, even giving out his home address as the base for the organisation. To be so open at that time was very brave.

It became the first campaigning organisation outside of London set up and run by gay men, and its work directly led to homosexuality no longer being illegal.

Later the North West Committee was transformed into the Campaign for Homosexual Equality (CHE), which was the largest LGBT organisation there has ever been in the UK, with more than 5,000 members and 120 local groups all over the country when it was at its biggest.

It's role in the removal of the stigma of criminality from homosexuality remained his crowning achievement. 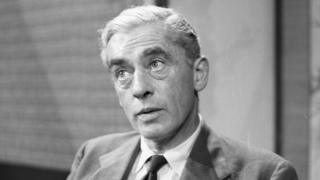 Goronwy Rees isn't a name many people will be familiar with, but the part he played in LGBT history is significant.

He began his career as a journalist before working for MI6, and becoming principal of Aberystwyth University.

He was asked to join the government's committee looking into homosexual offences which led to the Wolfenden Report, which recommended that having a homosexual relationship should no longer be a criminal offence.

This laid the foundations for a later law which partially decriminalised male homosexuality for the first time in England and Wales.

Goronwy was described as the "most perceptive member of the committee", and the one who successfully argued that the committee should take evidence directly from homosexual men. 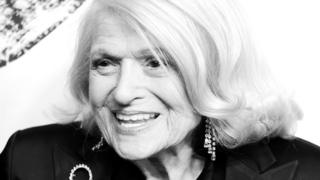 Edith Windsor or Edie - was a leading woman in the fight for LGBTQ+ rights in America.

Her case against the American justice system was the first time same-sex marriage was recognised as legal in America.

When Thea died, the American government said that Edith had to pay $363,053 in tax.

This was because only marriage between a man and woman had something called unlimited spousal exemption from federal estate taxes.

Edie decided to sue and said that the law was discriminating against same-sex couples.

She did and was successful. Her fight led to an Act called the Defence of Marriage Act being overturned. 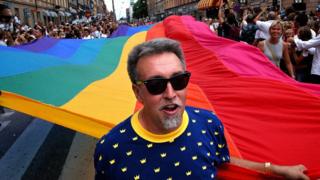 If you know anything about LGBT movement you'll definitely recognise the iconic rainbow flag, which was invented by this man!

Gilbert Baker was an American artist, gay rights activist who designed the flag to have eight stripes instead of the six normally seen now.

It first made an appearance back in 1978 and has become associated with LGBT+ rights all over the world.

Although it would have made him a lot of money, Gilbert refused to trademark it, saying it was a symbol for everyone.

To celebrate the 25th anniversary of the Stonewall riots, Baker created the world's largest flag, at the time. 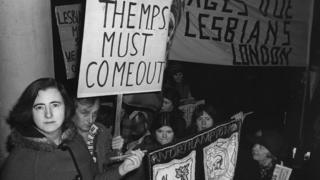 When she was first elected, Maureen was married to a man and the couple lived in Sussex with their three children.

But in 1976 she moved to London to live with her new partner who was a woman.

Although she hadn't spoken publically about being gay, a newspaper found out and printed the news against her will.

Afterwards, she was deselected by her party, and although she still managed to stand in the election, she lost her seat to the Conservative candidate. 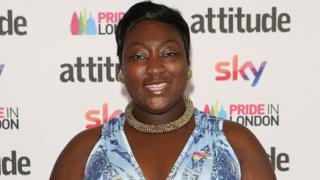 She is the co-founder of UK Black Pride, which began in 2005 as a day trip to Southend-on-Sea in England. It now attracts nearly 8,000 people every year.

Lady Phyll created the event to promote unity and co-operation among all LGBT+ people of African, Asian, Caribbean, Middle Eastern and Latin American descent in the UK, as well as their friends and families.

She is also the Executive Director of the charity Kaleidoscope Trust, which campaigns for the human rights of LGBT+ people in countries around the world where they are discriminated against. 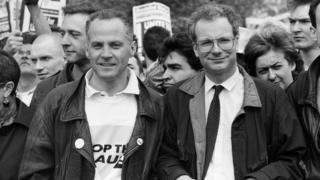 After announcing that he was gay, he received a five-minute standing ovation. His actions and the positive reaction he received has undoubtedly helped pave the way for many other MPs to be open about their sexuality as well.

There have since been lots of other gay cabinet members.

There are currently 54 LGBT MPs in the House of Commons, and in 2015 it was declared the gayest parliament in the world due to its proportion of LGBT members. 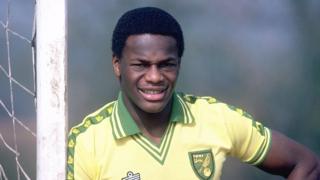 Justin Fashanu was Britain's first openly gay footballer, and although 30 years have passed he remains the only male footballer to reveal his sexuality while playing professionally in the top tiers.

Hi career was going well, having risen through Norwich City's youth ranks and in 1981 he became the country's most expensive black player with his £1m move to Nottingham Forest.

He stunned the football world in 1990 by when he told a newspaper he was gay. But after this he didn't receive much support and suffered homophobic bullying, as well as harassment from the tabloid newspapers.

He died in 1998 and was inducted into the National Football Museum's Hall of Fame in Feb 2020, with his niece Amal Fashanu calling him "one of the bravest men I've ever come across". 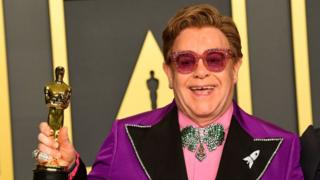 The singer and pianist has sold over 300 million records, making him one of the best-selling music artists of all time.

In 2019 he received France's highest civilian award, the Legion d'honneur, by President Emmanuel Macron, who called him one of the first gay artists to give a voice to the LGBT community.

Elton came out as bisexual in a 1976 interview with music magazine Rolling Stone, and in 1992 said he was gay.

He and his partner David Furnish were among the first couples in the UK to get a civil partnership in 2005, when the law was changed to allow gay relationships to be legally recognised.

In 2014, after gay marriage became legal in the UK the pair got married and have two sons born via surrogacy.

Pride Month: Who was Marsha P. Johnson and why were they so important?

Stonewall: 50 years on from the riots that changed gay rights history

165 comments
Back to top
unknown