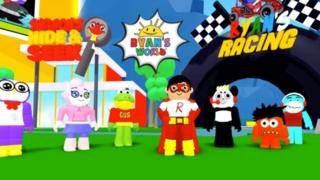 Ryan opened his virtual theme park world this week, where players can meet their favourite characters from Ryan's World, and even meet Ryan himself.

At just nine-years-old Ryan has more than 27 million subscribers on YouTube where he has been reviewing toys and games since 2015.

How to spot scammers in Roblox Adopt Me! 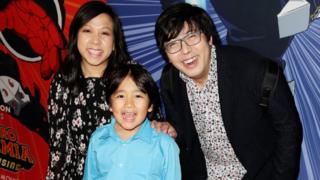 In 'Ryan's World' players can choose different skins, take selfies and visit locations like a fire station, a beach and a virtual school, as well as challenge friends to games like hide-and-seek.

Although it's free to play, people will be able to buy gems for real money, that can be used to pay for items in-game.

Roblox now has more than 30 million players visiting the game every day.

The game's popularity has soared during the coronavirus pandemic, with massive virtual events such as a Lil Nas X concert in November.

Ryan has frequently played Roblox on his YouTube channel and said in a statement: "I've been playing Roblox since I was three years old, and it's one of my favourites.

I was super excited to create my very own world that all my friends from around the world can join. I hope everyone likes it as much as I do!"

Do you play Roblox? Do you want to visit Ryan's World? Let us know in the comments.

52 comments
Back to top
unknown