Australian bushfires: How are the animals getting on now? 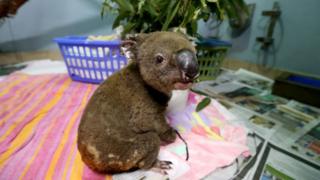 Australia experienced the worst bushfire season ever in 2019-2020 with fires blazing for months in large parts of the country.

Many animals were injured or killed because of the flames and the damage done to their habitat.

Some species are starting to recover, but for some it's still unknown.

Now conservationists have re-discovered a pygmy possum thought to have been almost wiped out in the fires and new technology is being used to count koalas.

More about the bushfires

How did the fires start in Australia?

How has Australia's wildlife been affected by the bushfires?

How were animals affected?

It's thought at least a billion animals died in the fires.

Kangaroo Island off the south of Australia was particularly badly hit with around half of the island affected by the flames.

Makeshift clinics were set up to help injured animals and the army had to be brought in to help clean up after the fires.

Lots of people raised money to help animals affected by the bushfires, even knitting kangaroo pouches for joeys who lost their mums.

Some koalas were rescued from the Blue Mountains near Sydney and looked after at Taronga Zoo before being released back into the wild. 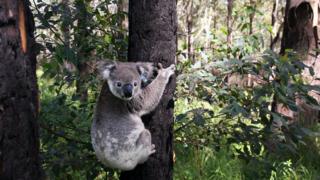 Every year, Australia conducts The Great Koala Count - trying to find out how many koalas there are.

This year, even more methods are being used to count them, including drones, spotting droppings, and detector dogs.

In November, the government announced that it would commit 2 million Australian dollars to fund the research.

Estimates of koala populations have varied across the years, but there are fears that the bushfires badly affected the populations.

The government hopes that these new methods to find the koalas will help them to spot more.

Some people are calling on the Australian government to do more to protect the animals.

The World Wildlife Fund has a project to try and save and grow two billion trees by 2030. This would help regenerate the koala's habitat.

Koalas rely on eucalyptus trees for food and shelter so they were badly affected when so many trees were burnt down during the bushfires. 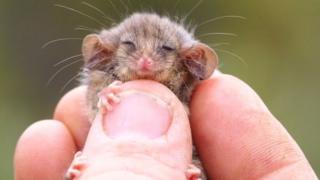 A pygmy possum has been found on Kangaroo Island for the first time since the bushfires destroyed most of their habitat.

There were worries that the pygmy had nearly disappeared from the South Australian island.

They the group made a big project to look for the little animals - and they were successful!

One ecologist who was involved in the project said: "We owe it to these species to do everything we can to protect them and ensure that they are around for future generations."

Australia fires: How did they start and why are they so bad?