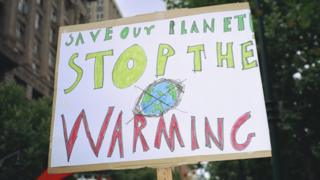 More than 300 young people, from 140 countries, who attended the virtual climate change conference Mock COP26 have come up with a list of demands for world leaders asking them to act now to tackle the climate emergency.

They have drawn up a plan including calls for more education on climate change, better protection for activists and for ecocide (when large areas of the natural environment are destroyed) to be made illegal.

They are asking politicians to commit to real change in the run up to the delayed UN climate change conference COP26 which is due to take place in Glasgow in 2021.

Suphane Dash-Alleyne, a Mock COP26 representative from Guyana, South America, said: "The year 2020 was meant to be the year of bold climate action, where world leaders turned words into actions. The global pandemic may have pressed pause on global negotiations, but the threat of a climate catastrophe is not going away.

"Mock COP26 sends a strong message to world leaders that young people can coordinate global negotiations and we have the solutions. Now is the time for us to have a seat at the table. World leaders can and must succeed at COP26 and it is critical that we work together to create a green, healthy and resilient future for us all."

What promises have world leaders made on climate change?

What are they asking for?

Cop26: Why experts hope cancelling the climate event could help the planet