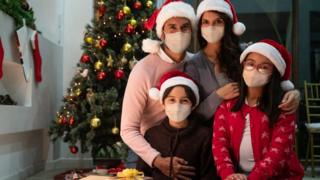 The Scottish government has announced more details on Christmas "bubbles", saying that three households in Scotland should contain no more than eight people over the age of 11.

It comes after a UK-wide deal was agreed by the leaders of all nations on Tuesday which allowed three households to meet up in festive "bubbles" across the UK between 23-27 December.

But Scotland's First Minister Nicola Sturgeon has that said the "default advice" and "safest position" was still that people should avoid contact.

Travel restrictions will be lifted across all four nations to allow people to visit close friends and relatives. 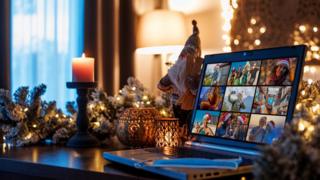 The Scottish government has said that the "safest way to spend Christmas and the festive period is to stay within your own household, in your own home and your own local area".

It issued guidance which said: "Wherever possible you should keep in touch with friends and family members from other households through technology - or, if you decide to meet in person, you should minimise the numbers and duration, and if possible meet out of doors.

"Consider a Christmas walk with family, rather than a meal indoors," it added.

What is the Christmas guidance for people in Scotland?

She said: "We are trying to balance as best we can two conflicting priorities.

"We also know the virus will not take a break over Christmas."