Covid: New restrictions start - which tier are you in? 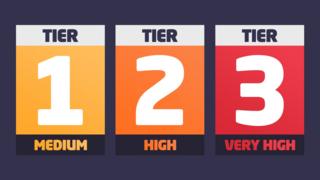 A new three-tier system of coronavirus restrictions have come into effect in England.

It follows the four-week national lockdown across England.

The tougher restrictions have been brought in by looking at factors such as weekly cases of coronavirus.

The majority of people in England will be in the strictest two tiers and cannot mix indoors with other households.

The system will be regularly reviewed and an area's tier level may change before Christmas - the first review is scheduled for 16 December.

Prime Minister Boris Johnson said the "tough measures" are the best way to avoid a "new year lockdown", and that "if we're going to keep schools open, our options are limited".

He says the previous tiers system slowed infection rates but "were never quite enough" which is why the new ones are a bit stricter.

What are the UK's rules right now?

Check out the rules where YOU live today 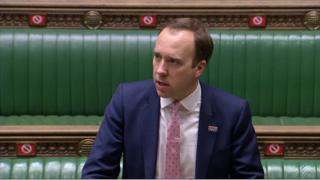 Health Secretary Matt Hancock said: "We're approaching the end of a year where we've asked so much of the British people, and in response to this unprecedented threat, to lives and to livelihoods, the British people have well and truly risen to the challenge by coming together to slow the spread and support each other.

"I know how difficult this has been, especially for those areas that have been in restrictions for so long.

"We must protect our NHS this winter,"

Wherever you live in England, non-essential shops selling things like clothes or games can reopen, as can hairdressers and leisure centres. Meanwhile grassroots sport will be allowed again.

Medium / Tier 1: Rule of six if meeting indoors or outdoors; pubs and restaurants shut at 11pm.

Scotland, Wales and Northern Ireland have their own rules to reduce the spread of coronavirus.

People across the UK will be allowed to form a Christmas bubble for five days from the 23 December, where up to three households can come together to celebrate.

So which areas are in which tier? 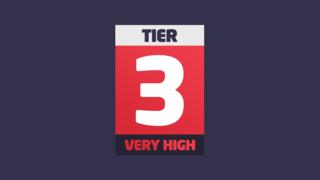 People living in Tier 3 will face the toughest restrictions with strict rules over where people are allowed to meet up. 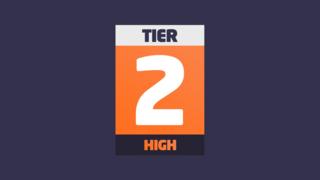 The Liverpool City region was the first to go into Tier 3 when the regional restrictions was announced back in October, however under the latest set of rules the area is now in Tier 2.

The Health secretary also praised the results of a community testing programme in the city of Liverpool. 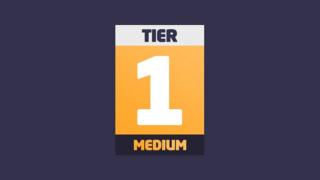 Only a few areas have been placed into Tier 1 and they include places with the lowest number of coronavirus cases - such as Cornwall, the Isle of Wight and the Isles of Scilly.

The Health Secretary Matt Hancock thanked people living in those areas for their "vigilance" and asked people living across England not to see the tier rules "as a boundary to push" but a limit as to what they can do.

Adding that it is "on all of us" to help reduce the spread of the virus.

205 comments
Back to top
unknown