Marcus Rashford: Footballer is getting a special SPOTY award 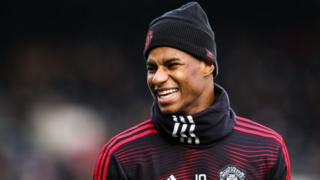 Manchester United footballer Marcus Rashford is being honoured with a special award at this year's Sports Personality of the Year (SPOTY) event.

The 23-year-old hasn't made this year's shortlist for the main prize, but he's being awarded for his work in helping to highlight child poverty in the UK.

The star has been very open about his own struggles with food poverty growing up and, this year, he's been campaigning to make free meals available to all children who need them.

The footballer's work around child poverty led to the government providing vouchers for free school meals to 1.3 million children across England over the summer.

Would you like to join Marcus Rashford's book club? 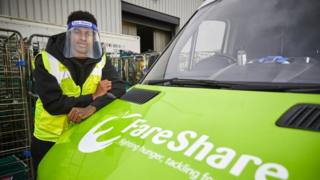 Rashford has also been named on the annual Football Black List, which celebrates footballers within the black community who have made positive contributions to society and he's set to front a new BBC documentary next month focused on his charitable work throughout the pandemic.

"Marcus' endeavour to give a voice to those who find themselves in a situation that he too is familiar with has been greatly admired and the panel wanted to ensure he was recognised for that," said BBC director of sport Barbara Slater.

"In a year that has been challenging for everyone, but particularly vulnerable families, he has gone above and beyond to transcend his sport and make a real difference.

"This award is a tribute to a remarkable young man."

Rashford will receive the at award at the show next month on the 20 December.