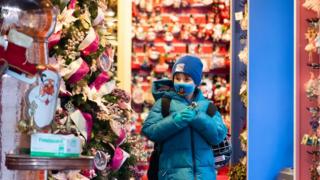 A deal has been reached by the four nations of the UK which means some coronavirus rules will be temporarily relaxed over the festive period.

Leaders from England, Northern Ireland, Scotland and Wales agreed a joint approach to Christmas at a special meeting on Tuesday.

Up to three households will be allowed to come together during a five-day period between 23 and 27 December, but people are being urged to be cautious and to keep their 'Christmas bubbles' as small as possible.

The groupings must be "exclusive", meaning people can't get together with family or friends from more than two other households.

What are the rules for Christmas?

A joint statement issued by the four UK governments said: "This cannot be a 'normal' Christmas. But as we approach the festive period, we have been working closely together to find a way for family and friends to see each other, even if it is for a short time, and recognising that it must be both limited and cautious."

People are being asked to "think carefully" about what they do over the festive season, especially when it comes to those who are vulnerable. They're being encouraged to still consider different ways of keeping in touch such as "the use of technology or meeting outside".

The statement added: "Even where it is within the rules, meeting with friends and family over Christmas will be a personal judgement for individuals to take, mindful of the risks to themselves and others, particularly those who are vulnerable.

"We need everyone to think carefully about what they do during this period, balancing some increased social contact with the need to keep the risk of increased transmission of the virus as low as possible." 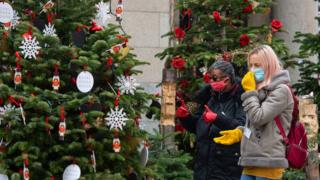 While it's a UK-wide plan, there are already different rules in different parts of the UK, so this could mean there's some variation across the four nations, for example in the definition of a household.

Welsh First Minister Mark Drakeford said: "While I have hesitation, because of the state of the virus in Wales and across the United Kingdom, it is better that we have a common set of arrangements that give people a framework that they can manage within and act responsibly within as well."

Scotland's First Minister Nicola Sturgeon said: "Just because you can mix with others indoors over this time, that doesn't mean you have to. If you choose to stick with the rules as they are, then you will be continuing the hard work to beat this virus and prevent its spread."

Tips for looking after your mental health during lockdown

Northern Ireland's First Minister Arlene Foster welcomed the announcement saying she hoped it would give people space to plan.

Deputy First Minister Michelle O'Neill said it was a "message of hope" but has urged people to be responsible, safe and mindful of healthcare workers.

"Think, can you meet up differently, can you go for a walk, for example, with a family member?" she said.

Christmas: How could it be different this year?