A Perfect Planet: What do we know about Sir David Attenborough's new series? 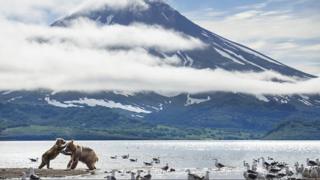 Sir David Attenborough's new series - all about how our planet is so extraordinary - starts this weekend.

The five-part series A Perfect Planet begins on BBC One on 3 January 2021.

Fans have previously been given a sneak peek at some of the highlights from it in a short prequel film.

So, what can we expect? 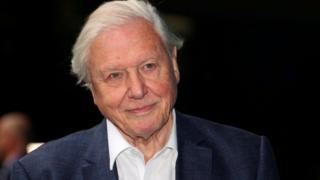 Sir David Attenborough will narrate the series and says it's a good time for the show: "This year perhaps more than ever, people are finding comfort and solace in the natural world.

"Whilst we may not be able to travel, we can take a few moments to enjoy our wonderful and diverse planet in this incredible footage." 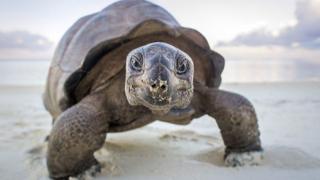 The series will show animals living all around the world - from the white wolves of Ellesemere Island in Canada, to bears in Kamchatka in Russia.

It will also look at how the forces of nature - weather, ocean currents, solar energy and volcanoes - drive, shape and support life on Earth, and how animals have adapted to whatever the environment throws at them.

From the Indian Monsoon to Hawaiian volcanoes, tidal islands of the Bahamas to the extremes of the Arctic winter, the first four episodes explore the power of volcanoes, sunlight, weather and oceans.

In the trailer Sir Attenborough explains: "This is a perfect planet. Life flourishes here thanks to powerful natural forces."

The final episode is all about human impact 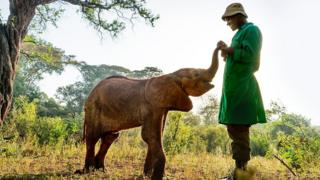 The final episode in the series looks at the dramatic impact of the world's newest force of nature - humans - and what can be done to restore our planet's perfect balance.

The trailer ends with Sir David saying: "Human activity is now so dominant, that it is disrupting the forces of nature and the vital habitats life needs to survive on Earth.

"To preserve our planet we need to act now. And if we do that, there will still be time to restore the ecological balance that once made this Earth our perfect planet."

More stories about our plant

Plans for Welsh island to use 'blue energy'

It took four years to make 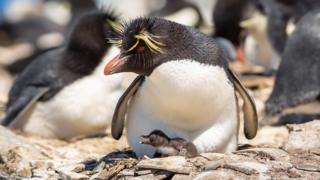 Of course if it's a Sir David Attenborough series, it's going to be filmed all around the world - and that takes a long time to do!

A Perfect Planet took four years to make and was filmed in 31 countries across the globe.

Huw Cordey, Series Producer said: "With the planet's environmental issues gaining increasing traction and the pandemic exposing our vulnerability there has never been a better moment to appreciate our perfect planet."

The pandemic posed some challenges 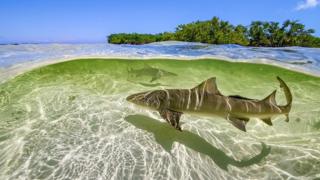 When the UK went into lockdown in 2020, it posed some challenges for the team behind the series.

Mr Cordey added: "Sir David embraced new ways of recording his voiceover and the music for the series had to be finished in Iceland, one of the few places we could gather a string orchestra and record them playing live.

"Covid restrictions prevented us doing the same with brass and woodwind instruments so they had to be recorded separately in each of the musicians' living rooms."