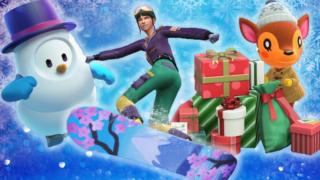 It's time to deck your Minecraft halls and fill your Animal Crossing house with holly, because it is the gaming season to be jolly! (Fa-la-la-la-laaaa)

That's right, we're taking a look at the brr-illiant festive winter updates heading to some of your favourite games.

From Fortnite to Fall Guys, let's take a look at what's coming up...

Is that The Simpsons in Animal Crossing? 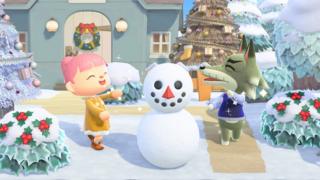 Nintendo
Do you wanna build a snowman? Well now you can in Animal Crossing!

First up is Animal Crossing: New Horizons - they released their 2020 free festive update on 19 November, and it was a whopper!

As well as a bunch of new hairstyles and storage space, on 26 November players could enjoy Turkey Day with top class chef Franklin who hosted a cooking party in the plaza.

From 1-25 December players can spend their bells on toys from Nook's Cranny, and find holiday-themed clothing at the Able Sisters shop. Players will also notice their island slowly transform into a winter wonderland with decorated trees that players can shake for festive recipes.

On 24 December players can celebrate Toy Day! where they'll receive a special visit from Jingle the reindeer, and by helping him to deliver presents, players will earn a gift too.

Between 26-31 December, there will also be new festive items to celebrate New Year's Eve, including a festive countdown event on 31 December, where players can ring in the new year with their island residents. 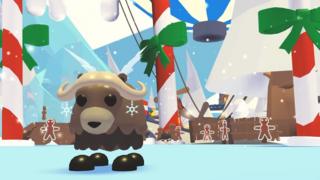 Roblox Adopt Me
Collect gingerbread and adopt new wintery pets in the latest update to Adopt Me!

The team at Roblox Adopt me has revealed the details about its festive update which will begin on 15 December at 4pm (UK time).

Players will be able to take part in four new mini-games like ice-skating, building snowmen as well as completing challenges at the mysterious snowy castle, in exchange for special gingerbread currency.

Six new pets including the Snowman, Ox, Teddy Bear, Legendary Snow Owl, Yeti and Frost Fury have been added in the update.

A total of 11 exclusive pets were introduced as part of the update last year, including the Robin, Reindeer and Frost Dragon pets, so there may still be more to come! 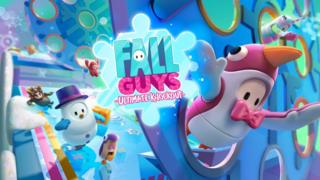 Mediatonic
It looks like there'll be even more ways to fall in the new Fall Guys update!

The makers of Fall Guys have just dropped their season three update: Winter Knockout, and players are in for some icy action!

More than 30 new seasonal skins including a snowman, reindeer and penguin, will be heading to the game, as well as seven brand new levels like Thin Ice, Freezy Peak and Ski Fall.

Mediatonic also shared some new obstacles such as Bert the pegwin and the Ringus Dingus, who will be trying to slow players down as they race for the finish line!

You might need to pack some snow shoes, because this new update looks like it'll be pretty slippery! 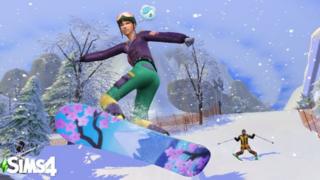 EA
The Sims is hitting the slopes for some snowy action

If you're in need of a winter adventure then The Sims 4 might have what you're after.

They released their Snowy Escape Expansion Pack on 13 November which brings players to the Japanese-inspired wintery world of Mt. Komorebi.

Players can take part in winter activities, like skiing, snowboarding and sledding, as well as extreme rock climbing up to the mountain's treacherous peak.

There are also natural onsen hot springs, and calming bamboo forests, and player's Sims can chow-down over the kotatsu hot pot.

As with their previous expansion packs, Snowy Escape is not free, and will set you back around £35 on PC, Xbox and PlayStation. 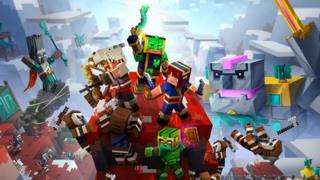 Players will have to scale a treacherous peak and take out new enemies like the Squall Golem and Mountaineer.

At the top of the mountain they'll have to face off against the Tempest Golem which has been corrupted by a shard from the Orb of Dominance.

As well as this, Mojang has announced that a special event is heading to Dungeons.

A social media post, hinting that there would be new trails and seasonal outfits, said: "Get ready! The new Chills and Thrills seasonal event arrives Dec 18 and ends Dec 30!" 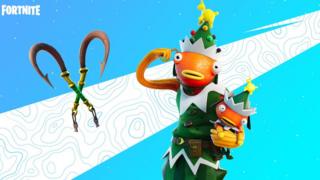 Winterfest kicks off this week in Fortnite, with new seasonal challenges, skins and weapons!

In the 15.10 patch note the developers said: "Winter is coming this week. Join Snowmando for new Quests, chilling Items added to the Island, and new fan-favorite LTMs you won't wanna miss.

"Complete all the Operation: Snowdown Quests and earn a ton of free snowy cosmetics, including two exclusive Outfits."

Save The World is also getting a festive update with four weeks of Frostnite challenges like Special Delivery and Top It Off.

134 comments
Back to top
unknown