Prime Minister Boris Johnson has described a coronavirus vaccine from the University of Oxford as "incredibly exciting".

The vaccine, codenamed AZD1222, was developed at the university with support from the pharmaceutical company AstraZeneca.

The PM tweeted saying: "Well done to our brilliant scientists at University of Oxford & AstraZeneca and all who volunteered in the trials.

"These results are incredibly encouraging and a major step forward in our fight against Covid-19."

So why is it such good news? Here are five great things you need to know about the vaccine.

Find out more about the coronavirus vaccines

Trials show the new jab stops 70% of people developing symptoms of the disease, but researchers say that by tweaking the dose of the medicine, that could go up to as high as 90%.

The higher results were achieved when people were given a half dose of the vaccine, followed by a full measure at least a month later.

Although it's not clear why there was a difference in results when people were given a low dose followed by a high one, researchers think that a smaller dose may be a better way of kicking the immune system into action to fight off the virus.

Also, at 70% protection, that is still better than the seasonal flu jab.

Boris Johnson said: "The Oxford vaccine has proved so effective in trials. There are still further safety checks ahead, but these are fantastic results." 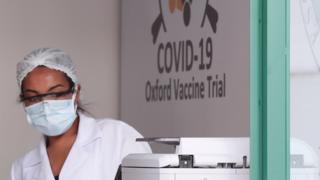 The Oxford/AstraZeneca jab is easier to transport and keep than other coronavirus vaccines made in the US.

Although those medicines developed by companies Pfizer and Moderna had a 95% success rate in protecting people from the virus, they have to be kept in extremely low temperatures meaning that specially designed, super cold fridges are needed.

However the new vaccine developed in the UK can be kept at normal fridge temperatures, which means it's easier to store and transport.

Britain has pre-ordered 100 million doses of the jab - which are expected to cost about £2 each - with four million ready to be used as soon as it gets approved by regulators.

Regulators will only give the go ahead if they think the injection is safe, effective, and that it is manufactured to a high standard. This process will happen in the coming weeks.

However, University of Oxford scientists have said that they have created "a vaccine for the world".

The cost and ease in which the vaccine can be transported means that large amounts can be made and sent all over the globe.

That's important because it means that developing countries that aren't as wealthy can easily receive the medicine, which is also more affordable.

A group of more than 150 countries have agreed to something called the Covid-19 vaccine allocation plan.

Led by the World Health Organization and known as Covax, the plan has been set up to ensure that the research, purchase and distribution of any new vaccine is shared equally between the world's richest countries and those in the developing world.

In the summer, AstraZeneca, who developed the new medicine, announced that it would make 1.3 billion doses of the vaccine available at a low cost to make sure it wasn't all bought by the world's richest countries.

Tips for looking after your mental health during lockdown

4. It's been made quickly 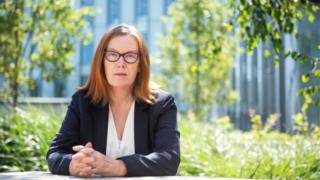 John Cairns/University of Oxford
Prof Sarah Gilbert, the architect of the Oxford vaccine

You might think that work on a coronavirus vaccine began when the pandemic started, but scientists have been preparing for a virus outbreak like this for a long time.

Professor Sarah Gilbert is one of the main scientists responsible for making the Oxford University medicine. She is known as the architect of the vaccine and said: "We were planning how can we go really quickly to have a vaccine in someone in the shortest possible time.

"We hadn't got the plan finished, but we did do pretty well."

But that doesn't mean the vaccine hasn't been produced much quicker than usual.

Normally it can take years to find successful vaccinations, yet this one, and those by Pfizer and Moderna, have been found in a matter of months.

The speed however, doesn't mean the vaccine is less safe than vaccines which take longer to make - the Oxford vaccine has been through every stage of trials that would normally take place for a vaccine.

Dr Mark Toshner, who has been involved in the trials at sites in Cambridge, said the idea that it took 10 years to trial a vaccine was misleading.

He describes it as a process of writing grant applications, having them rejected, writing them again, getting approval to do the trial, negotiating with manufacturers, and trying to recruit enough people to take part. It can take years to get from one phase to the next. 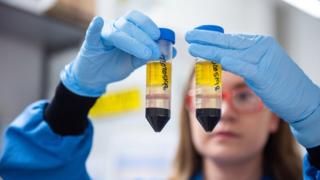 No vaccine will be given out to the public until it has been approved by regulators.

This process has also been speeded up as regulators, who would normally wait until after the trials were concluded, have been involved early.

To find a fast solution, the scientists came up with a completely new way of making the medicine.

Normal vaccines - including the injections you get while at school - use a killed or weakened version of the original infection, injecting fragments into the body to make a person's immune system react and get stronger. But these are slow to develop.

Instead the Oxford scientists took a common cold virus, that infected chimpanzees, and engineered it to become a vaccine against almost anything.

The virus from chimps has been genetically modified so it cannot make people ill and has been engineered to carry the genetic blueprints of lots of illnesses that doctors and scientists want the body to fight off - in this case the coronavirus. 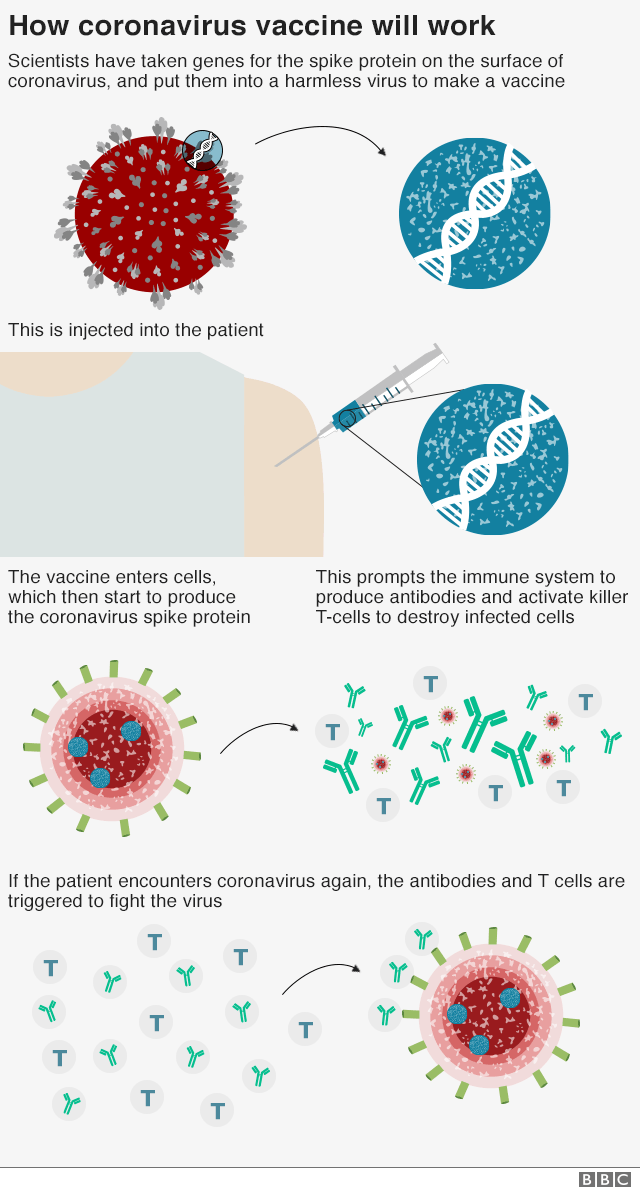 The vaccine has been described as a 'microscopic postman'. All the scientists have to do is change the package, that contains the genetic blueprint.

"We drop it in and off we go," said Prof Gilbert.

Lockdown: England to get tougher three-tiered system after national lockdown