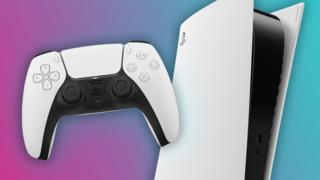 Sony has launched it's brand new PS5 console here in the UK.

The PS5 is Sony's contender in the great console battle against Microsoft's Xbox Series X and S- which were launched on 10 November in the UK.

It has been seven years since the PlayStation 4 was released, and the gaming world has changed quite a bit since the last console war between the two gaming giants.

Sony would say it came out on top last time, reporting more than 113 million PlayStation 4's sold, while analysts believe about half as many Xbox's were sold (although Microsoft won't actually confirm any figures).

But what about the new generation? Is the new PS5 any good? We asked Shay Thompson - a gaming expert who co-presents the BBC gaming podcast Press X To Continue - to test them out for us and give us the low down.

Appearance - "Sony seems to be breaking its previous trends" says Shay noting that the console has opted for a white shell, which some people have said looks a bit like a wi-fi router.

"My favourite part is the new DualSense controller" she says, which features 'haptic triggers' that allow players to feel different sensations as their in-game character performs a task, for example drawing a bow and arrow, or struggling to walk through sand or heavy winds.

The PlayStation 5 is also massive, really, really massive! In fact it is the biggest games console in modern history.

Measuring 39cm tall and more than 10cm wide it might cause you a bit of trouble with where to store it.

Shay says: "both of these prices are pretty much in line with previous console prices, but it's still a pretty penny, so something to think about". 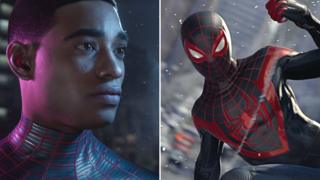 Games - In terms of games, the Playstation 5 has some big exclusives coming out at launch including Spider-Man: Miles Morales. It also comes with Astro's Playroom, which let's you test out what the new controller can do.

Both the Xbox Series X and the PS5 have something called 'backwards compatibility' which means that a new console is able to play game discs from older consoles.

Playstation fans will be able to play games from the PS4 console on the standard version of PS5, and it does also have the new 'PlayStation Plus Collection' which is a subscription gaming service that includes several big-name PS4 games to download.

Power and Performance - The PS5 has 825GB of memory which Shay say's: "this means it has no problems holding all your favourite brand new games".

In terms of how games look, it has something called Ray-tracing, which means the lighting looks more realistic, as well as 4k quality at 60fps which Shay says it means that: "every moment in the game is a fluid and dynamic visual treat".

The 10.3 terraflop GPU means that games will load in a matter of seconds: "there'll be no time to grab a cup of tea with these load times!" says Shay.

Shay's Final Thoughts - "All in all I'm quite impressed with the new console generation offering from Sony" but she also says that: "like with any other console, the deciding factors won't be clear until later in the console's lifetime, where we'll see new games come out that take advantage of all this brilliant new technology".

Let us know what you think in the comments below!