Blue energy: Plans for Welsh island to use sea power 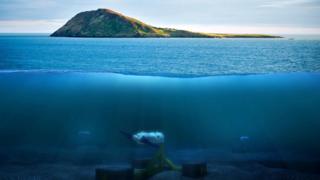 There are plans for a remote island in north Wales to become the first to be completely powered by 'blue energy'.

The Welsh government has just invested £1.2 million into the project on Bardsey Island.

The idea behind it is that the island will get all of its energy from tidal power - that's a type of renewable energy which comes from the sea.

Power will be generated by using the tide between Bardsey Island and the Llŷn Peninsula.

What is 'blue energy'?

Blue energy is created by harnessing power from tides, waves or rivers.

Tidal power uses turbines which are big pieces of equipment that sit in the sea and use the rising and falling of the waves to create power.

This 'blue' energy can then be used to power things like people's televisions, light bulbs and microwaves! 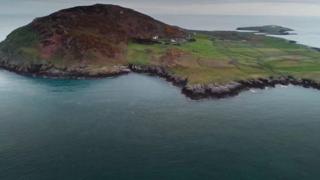 Bardsey Island only has a few people living on it

What is renewable energy?

Renewable energy is made from resources that nature will replace, like wind, water and sunshine.

Renewable energy is also called "clean energy" or "green power" because it doesn't pollute the air or the water.

The tidal energy company Nova Innovation said it will build five 100KW turbines on the bottom of the sea.

As part of the plans, the positive and negative effects of the project on the environment, wildlife, other sea users and local communities will be assessed. Cameras and surveys will be use to make sure the turbines won't harm the local wildlife before they are installed.

There are only a handful of residents on the island, but the project means they would no longer have to rely on diesel for power.

Renewable energy: Why lockdown means we're using more of it