World Children's Day is marked each year on November 20 to celebrate the date when world leaders made a promise to all children, giving them their own set of rights.

Rights exist to make sure everyone is treated fairly and has the basic support they need to survive.

Children already had the same human rights as everyone else, but in November 1989 the United Nations (UN) General Assembly adopted a new proposal, designed to improve child welfare and encourage all countries to work together to build a better world for children.

This special set of rights is made up of 54 articles and is called the Convention on the Rights of the Child (UNCRC).

The UN say 2020 has brought more challenges to children around the world as a result of the coronavirus pandemic.

They say: "The costs of the pandemic for children are immediate and, if unaddressed, may last a lifetime."

"It's time for generations to come together to re-imagine the type of world we want to create." add the UN.

What is the United Nations Convention on the Rights of the Child (UNCRC)?

The UNCRC sets out children's basic rights, whatever their ethnicity, gender, religion, language, wealth and physical or mental ability.

All countries that sign up to it are bound by international law to work together to make these basic rights available to all children until they are 18-years-old.

This is monitored by the UN Committee on the Rights of the Child and all adults, including the police, teachers and parents must make sure children's rights are met. 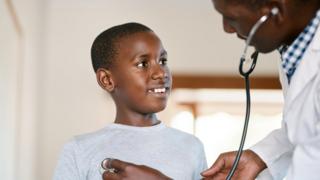 These include, the right to:

Kids' rights in the UK and abroad

What is the history of children's rights?

It was only in the mid-1800s that the idea of giving children special protection was first talked about.

The world's very first declaration on child rights was written by the founder of the charity Save the Children, Eglantyne Jebb, in 1923.

By 1948, the Universal Declaration of Human Rights had recognised that "motherhood and childhood are entitled to special care and assistance".

The General Assembly of the United Nations adopted the Declaration of the Rights of the Child (OHCHR) in 1959.

Thirty years later, in 1989, the UN General Assembly agreed to the Convention on the Rights of the Child, which came into force in September 1990. 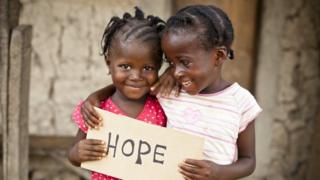 Getty Images
The UNCRC are available to children until they are 18-years-old
How many countries have agreed to the treaty?

The UNCRC has been agreed to, and made law, by 196 countries, making it the most ratified international human rights treaty in history.

The UK Government signed the UNCRC in 1991.

There is only one UN member state which has not done so - the United States.

The US signed the treaty in 1995 which means it agreed to it in principle, but they did not take the extra step of making it law in their country.