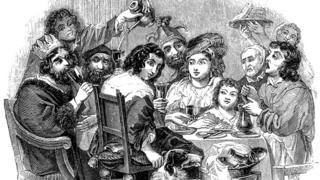 Have you ever wondered what it would be like to go back in time and experience the past?

Well a new project called Odeuropa, due to begin in January 2021, could be able to give us a taste of what it was like - by recreating smells from different periods of history.

It will focus on smells that were found in Europe between the 16th and early 20th centuries.

Stories not to turn you nose up at

Scientists figure out why people are smelly

If they manage to reconstruct the scents they will be preserved, with the findings published in an online "Encyclopaedia of Smell Heritage".

The team say they chose the project because "much more so than any other sense, our sense of smell is linked directly to our emotions and our memories". 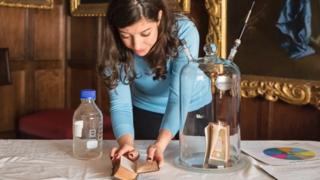 So what smells could be included? They plan to record a wide variety of odours, ranging from familiar scents like tobacco to more ones unusual ones like dung chips and 18th century smelling salts, often used as a remedy for fainting.

The first step in the three-year project to will be to come up with artificial intelligence with the ability to go through historical texts in different languages to search for descriptions of odours and where they would have been found.

It will also have the task of spotting items within images, such as paintings, that would have had a smell associated with it.

The new, €2.8M international research project aims to discover how scents have moulded our communities and traditions.

How to send people smells via text