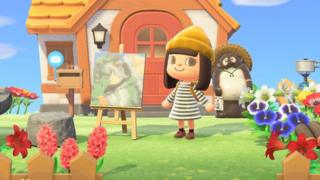 A new study has found that playing video games can make you "happier".

The developers of the games sent the researchers information about how long each person had played for, and the players were asked questions about their mental well-being.

This is the first time a study like this has been able to link up psychological questionnaires, with actual in-game play-time. 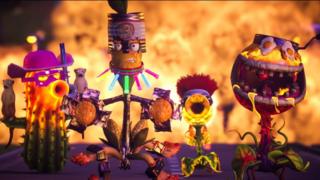 Professor Andrew Przybylski, who led the study, said he was surprised by the results.

"If you play Animal Crossing for four hours a day, every single day, you're likely to say you feel significantly happier than someone who doesn't" he said.

He also added: "That doesn't mean Animal Crossing by itself makes you happy."

He said the results were interesting because, 40 years of previous research had suggested that the longer people played, the more unhappy they said they were. 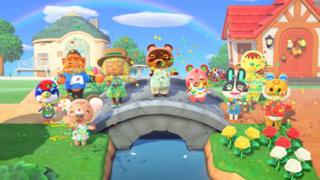 Nintendo
In Animal Crossing, players carry out tasks for others

Professor Przybylski suggested that the games' social features, which allow gamers to play with their friends, could be one of the reasons why people felt happier.

"I don't think people plough a bunch of time into games with a social aspect unless they're happy about it," he said.

"It's like a digital water-cooler," he added, suggesting the games give people new ways to hang out with others online.

The professor hopes that they can study more games in this way in the future, to help them learn more about how gaming can affect people's well-being.

What do you think? Does playing video games make you feel happier? Let us know in the comments below!

Animal Crossing: Watch this YouTuber recreate The Simpsons intro in the game