Plan to have a tunnel near Stonehenge has been approved 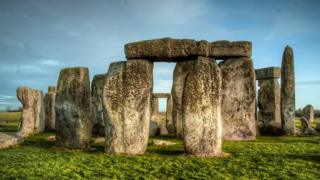 Getty Images
Stonehenge is famous all over the world

A plan to dig a £1.7 billion road tunnel near Stonehenge has been approved by the Transport Secretary.

A two-mile (3.2km) tunnel out of sight of the monument will be built even though it goes against the recommendations of planning officials.

The Planning Inspectorate had recommended Transport Secretary Grant Shapps stop the plans, warning it would cause "permanent, irreversible harm" to the World Heritage site.

But the Department for Transport wrote to Highways England stating: "The Secretary of State is satisfied that, on balance, the need case for the development together with the other benefits identified outweigh any harm."

There is now a six-week period in which the decision can be challenged in the High Court.

Stonehenge is a huge man-made circle of standing stones.

It was built hundreds of years ago but no-one knows why.

It's one of the of the world's most famous prehistoric monuments and one of its biggest mysteries too!

Why is the tunnel being built? 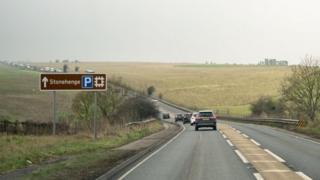 The aim is to hide the A303 which is a popular route for people travelling to and from the south west of England by car.

It is hoped the tunnel will ease the traffic on the route and speed up journey times to and from the area.

Highways England said the cost of the project ranges from £1.5bn to £2.4bn but it was "currently working to £1.7bn".

Plans are due to begin in spring next year, with the five-year construction phase expected to start by 2023. 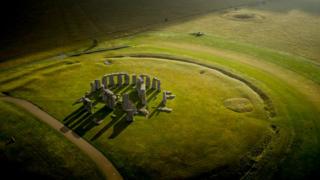 Getty Images
Work started on the stone circle around 5,000 years ago in the late Neolithic Age - but it took more than 1,000 years to build, in four long stages! Archaeologists believe the final changes were made around 1,500BC, in the early Bronze Age.
Why are people against the tunnel? 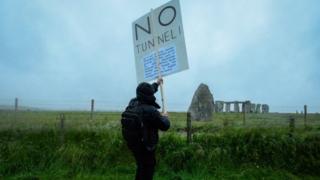 People who have been campaigning to stop the tunnel being built have called it a "complete violation" and "international scandal".

Some are worried it could affect the site and others are against it because of the impact it could have on the area.

One campaigner, Tom Holland, from the Stonehenge Alliance said: "The decision to inject a great gash of tarmac and concrete into Britain's most precious prehistoric landscape is one that ranks simultaneously as spendthrift and sacrilegious." He also called the decision "shocking and shameful".

Professor David Jacques, from the University of Buckingham, described the news as "gut-wrenching".

"The tunnel is going to clearly compromise the archaeology," he said.

"Stonehenge is precious for the whole of humanity, for our understanding of how we have adapted and evolved as a species since the Ice Age."

Experts have made a big discovery near Stonehenge!

Why are people in favour of the tunnel?

Highways England Chief Executive Jim O'Sullivan said: "The A303 Stonehenge tunnel project is part of the biggest investment in our road network for a generation.

"This transformational scheme will return the Stonehenge landscape towards its original setting and will improve journey times for everyone who travels to and from the South West."

Some of the people who look after Stonehenge also welcome the tunnel saying that it would "restore the ancient landscape".

Anna Eavis, from English Heritage, which looks after Stonehenge also said: "At the moment the A303 is a great blight which cuts through the world heritage site.

"The project will transform this great blight so people will be able to walk freely and experience those monuments without the assault on the senses."

Stonehenge: What is the story behind it?