Vaccines: What does anti-vax mean? 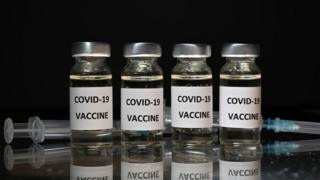 Finding a coronavirus vaccine is seen by many scientists and experts as a key way of tackling the pandemic and helping us return to normal life.

But even if a successful vaccine is developed, enough people need to have it, to make it effective.

Some people might simply be a bit unsure about whether or not they want one.

There are also people who are against vaccinations - they're known as 'anti-vaxxers' - and are part of the anti-vaccination movement.

So what is it and why do they think vaccines are a bad thing? And, more importantly, are vaccines something to worry about?

What is a vaccine?

Vaccines safely teach our bodies to fight an infection.

They work by introducing a small amount of a harmless form of the disease into our body.

It's not enough to give someone the disease, but it helps the body's defence - the immune system - to recognise the virus as an invader and learn how to fight it.

Once our immune system knows how to fight a disease, it can tackle it when it meets the real thing.

What does anti-vax mean?

With the news that a coronavirus vaccine could be almost ready to use, you might have heard words such as: 'anti-vaccination', 'anti-vax' or 'anti-vaxxers'.

The anti-vaccination movement is when people don't believe that some or all vaccines are a good thing, and do not want themselves, family members or other people to be vaccinated.

The name is sometimes shortened to 'anti-vax', and people who support it might be referred to as 'anti-vaxxers'.

The anti-vaccination movement isn't something new and isn't just against a coronavirus vaccine.

Why are some people against vaccinations?

Some people who are curious or nervous about a vaccination might be put off having one because of what they hear from other people, or what they see online or on social media.

They might already have genuine concerns or questions, for example around the safety or side effects of a vaccine, or they might mistrust the governments or companies that are creating or giving out the vaccines.

Disinformation - or fake news - is often shared by some people who might not know that what they are seeing or sharing isn't true.

You might have seen things shared by family or friends. Some anti-vaccine posts and comments have even been shared by celebrities.

Those who make anti-vax claims usually don't have a scientific or medical background and claims can sometimes sound far-fetched, They want to try and convince people that vaccines aren't safe or to make them believe a conspiracy theory.

What is a conspiracy theory?

A conspiracy theory is a belief that an event or situation is the result of a secret plan made by powerful people, often not backed up by firm evidence.

What's being done to tackle anti-vax disinformation and conspiracy theories?

The government says it takes the issue of vaccine disinformation "extremely seriously".

Social media sites and the government have committed to doing more to tackle lies about the new coronavirus vaccine online.

But this is a big task - and some say they have not done enough to label or remove posts on this topic that have been shared online for months.

The latest stories about the search for a coronavirus vaccine

'Promising' news for the development of a coronavirus vaccine 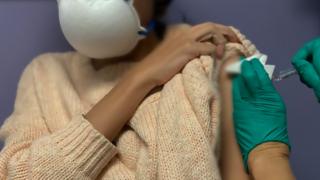 The World Health Organization (WHO) says "vaccines are very safe" and it estimates that they save between two and three million lives every year.

No vaccination is without any risks, but these are extremely small compared to the benefits they can bring.

For example side effects, such as a sore arm, can occur after a vaccine but they are usually mild. More serious side effects can happen but this is "extremely rare" according to WHO, which says "a person is far more likely to be seriously harmed by a disease than by a vaccine."

The most commonly used vaccines we have today have been in use for decades, with millions of people receiving them safely every year.

Vaccines go through a strict process to make sure they are safe to use on people before they are given out. Doctors and health staff are also trained to know if there are small risks and if the vaccination is not suitable for people with certain health conditions.

Dr Sajini Wijetilleka, who works in an NHS hospital in London, said: "Lots of work is done to make sure vaccines are safe. They're first tested on animals, then if it's found to be safe it's then tested on humans in three different stages.

"Thousands of people are tested to see whether the vaccine will protect large populations from the disease and to see if there are any side effects.

"If no serious issues are found; the vaccine is safe and allowed for use on the population."

The coronavirus vaccine is being tested too to make sure it is safe and effective.

"The way we're speeding these up is that normally we would spend a lot of time in the lab with the phase one studies with a large panel of vaccines testing them all and working out which one was the best and the most effective before taking it through to the large phase three trials - those phase three trials are really expensive.

"Instead what we're doing here is we're taking a large panel of vaccines and we're taking them all all the way through to phase three."

Why are people given vaccines?

Following a vaccination, a person can become immune (resistant) to the specific disease. This immunity gives protection against illness in an individual. But it also helps protect others too, something called herd immunity.

If the majority of the population is vaccinated against serious diseases, then even those who haven't had the vaccine are much less likely to come into contact with the virus.

Dr Sajini Wijetilleka said: "Being vaccinated is really important because vaccines protect us, and those around us, from diseases. They do this by helping our bodies create immunity, which is the body's way of preventing a disease.

"Some vaccinations you get as a child like measles - these are incredibly important because young bodies can be more vulnerable to diseases and illnesses. And if someone ended up getting a disease, because they hadn't been vaccinated as a child, it could leave them with health problems later on in their life."

Why is anti-vax disinformation a problem? 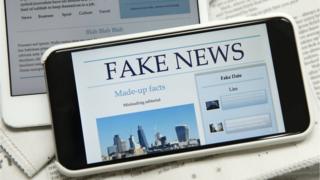 Health experts say that anti-vaccination disinformation - and the sharing of it (misinformation) - is a big problem. If people don't get vaccinated they put their own health in danger as well as the health of other people in society.

"It's meant they haven't got themselves, or their children, vaccinated. But this has caused a rise in the number of children getting diseases, like measles, that previously had been wiped out, and can lead to health problems later on in life."

How do vaccines work?