Xbox: Series S and X review - what are they like and are they worth it? 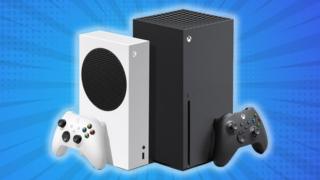 The Series X is Microsoft's main, heavyweight, contender in the oncoming console battle against Sony - which launched its PlayStation 5 on 19 November, in the UK.

It has been seven years since the Xbox One was released, and the gaming world has changed quite a bit since the last console war between the two gaming giants.

Let us know in the comments which console you're excited about, or do you think things like the Nintendo Switch or mobile gaming is better?

Xbox buys big game developer - but what will it mean?

Sony would say it came out on top last time, reporting more than 113 million PlayStation 4's sold, while analysts believe about half as many Xbox's were sold (although Microsoft won't actually confirm any figures).

So, with the two companies readying for another fight, we've taken a look at the first one off the starting line - Microsoft. How do its TWO new consoles compare when it comes to price, power, and appearance.

We asked reporter - and huge gaming fan - Alex Humphreys to test them out for us and give us the low down.

Appearance - Some people have compared it to a fridge, and others a speaker, but the overall look of the new console is quite different to previous generations.

The Series X measures about 15 cm wide and deep, and 30 cm tall. To give you an idea of what that is like, an Xbox game case is about 17cm high, 13 cm wide and just over 1cm deep.

When it comes to the controllers, Microsoft's designers seem to have decided to stick to the old saying, 'if it isn't broken, don't fix it!'. The new controllers are pretty similar to previous generations, with the main additions being a share button and some new raised dots for grip.

Price - The Series X costs £449.99. There's no dressing it up, that is a hefty price-tag. But, it's not too different to the price of the last console Microsoft released. The one thing Microsoft and Sony do agree on is price - as the new PlayStation 5 will also launch at the same price.

Power - It also has 16 gigabytes of RAM, and one terabyte of internal storage - pretty roomy! 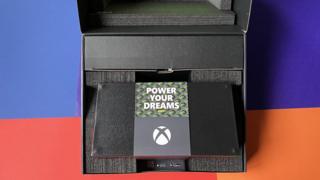 Play - At launch there will be 30 games which have been optimised for the Series X and S - which means in theory they'll be fast to play, and will be in the highest quality you'll find on a console. These games include Marvel's Avengers and Ori and the Will of the Wisps.

The Xbox Series X is also backwards compatible. This means you'll be able to play games from their previous two consoles, the Xbox 360 and Xbox One.

Microsoft is also going big on its Netflix-like subscription service Game Pass. This offers gamers access to loads of titles for a monthly fee.

Performance - Makers Microsoft is saying the Series X is the most powerful console on the market - with some of the best graphics and performance.

The Xbox One X currently runs at six teraflops of GPU performance and the new console will run on 12 teraflops.

Alex's Final Thoughts - "Microsoft has worked hard to make your gaming experience better with the Series X - and I do feel like I'm really in the game more on this console. But it's the speed of it that stands out the most for me. Although many games did take hours to download - but they're big files and it could be down to my internet speed too."

"As quite possibly the most powerful console yet, it does perform really well. But I've not been blown away by next gen just yet. The tech inside is definitely better and faster, but I think we'll really what it can do in the near future."

The main thing people have noted about its appearance is that it does look a lot like a speaker. Not what consoles normally look like, but, also, not something that will look out of place next to your television. Though, Alex says some people have compared it to a washing machine, which might look a little more odd next to your TV.

One of the first things you'll notice, aside from the colour difference, is that it doesn't have a disc drive. This console is download only for games.

Price - The Series S costs £249.99 - which is cheaper than the Series X, but it has a smaller hard drive and doesn't quite deliver the same performance - it doesn't do 4k images for example. It's up to each gamer to decide if those small performance details are worth the extra money.

Power - Alex explains this best: "It is still a next gen console, and has a lot of the same technology inside. Which means its a powerful machine… just less powerful." So, still a step forward gaming-wise, but not quite the top-of-the-range.

One important detail is the hard drive. The Series S' storage is a bit smaller than the Series X, with only 512GB - compared to 1TB - to keep your games on, so are you going to fill your console up quickly? You can add storage, but that is likely going to cost more money.

Play - As with the Series X, there aren't that many new games to show off the full power of the new console. However, Microsoft is trying to encourage people to sign up to Game Pass, which gives people access to a collection of games they can play. It is a subscription service though, so it will cost extra. 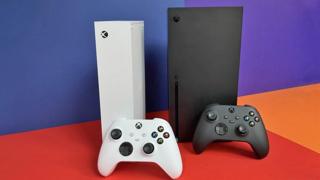 Performance - The S is very fast, despite not being the main console from Microsoft. Alex said some games took less than 10 seconds to load.

There is a new feature called Quick Resume which makes use of all the power for a very simple, but user-friendly, bit of design. It lets you flick between many games really quickly, without having to save and close and wait for the next one to load - and you can carry on right where you left off.

Alex's Final Thoughts - "After hours of playing on these, the main difference I noticed from the Xbox One and PS4 is the faster load times - the quick resume feature is pretty cool. As for graphics and smoothness, it kind of depends on your TV as to whether or not you can really make the most of next gen games right now.

"It's a more affordable way of getting to play those next gen games - when they come out! But remember it's digital only, so you can't play physical disks on it. "

Schools closed in England until at least 8 March says PM

Government under fire over pesticide that harms bees