Covid: Liverpool will be the first city to take part in city-wide testing from today 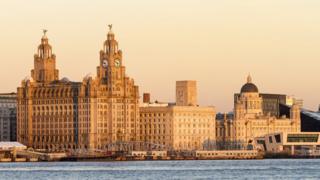 Every child and adult living or working in Liverpool will be offered coronavirus tests as past of a trial project.

The tests will be offered to people who have had symptoms and those who haven't.

Some people will get their results just one hour after being tested, according to the government.

It is hoped that by finding out who does and does not have the virus, and acting quickly, that infection can be broken.

Liverpool has one of the highest infection rates in England and it was the first place to be put under Tier three restrictions at the beginning of October.

More on testing for coronavirus here

Why are there problems with coronavirus testing in the UK?

How new tests are helping the fight against coronavirus 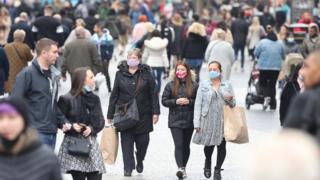 PA Media
How will it work?

New test sites have been set up all over the city - in schools, universities, work places and care homes.

People will be offered one of two types of test - the swab test that's already available and a new way of testing called lateral flow.

Lateral flow testing involves a swab of the nose and throat to collect a sample, which is then inserted into a tube of liquid for a short time.

Lateral flow tests come back much faster than the other swab test.

The military have sent 2,000 people to Liverpool to help carry out the testing.

Mayor Joe Anderson says the testing pilot could save lives, stop hospitals being overwhelmed and "get the city out of Tier three restrictions".

Carrying the virus without knowing

It is thought that around four-fifths of people who have coronavirus don't show any symptoms.

This would mean they are carrying the virus and not knowing they are spreading it.

That is why the government wants to test everybody in Liverpool, so those who have no symptoms but have the virus can stay home and keep others safe.

People will be given their first test and then follow-up tests around two weeks after the first one to make sure the virus is being contained. 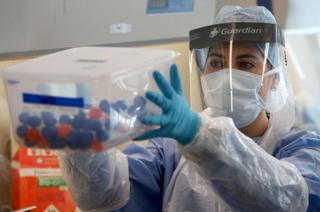 It's not the first time scientists have used this method.

Since the first lockdown, lots of very large volunteer experiments have been going on with people, including children, being randomly selected to be offered a test.

NHS scientists, experts from universities and data specialists have been sending out hundreds of thousands of tests to volunteers to find out if people have got, or have had, the virus without even knowing it.

It helps give them an idea of how widespread the virus is in the country. 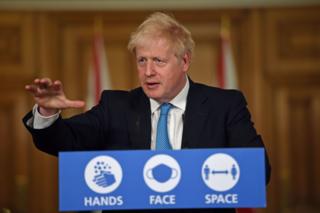 As coronavirus continues to spread, the government is introducing measures to keep as many people as safe as possible.

On Thursday 5 November, England was placed under a second national lockdown, with schools being allowed to stay open.

Talking about the mass testing in Liverpool, Prime Minister Boris Johnson, said: "These tests will help identify the many thousands of people in the city who don't have symptoms but can still infect others without knowing.

"Dependent on their success in Liverpool, we will aim to distribute millions of these new rapid tests between now and Christmas and empower local communities to use them to drive down transmission in their areas.

"It is early days, but this kind of mass testing has the potential to be a powerful new weapon in our fight against Covid-19."