Baby Shark is the most viewed YouTube video - ever! 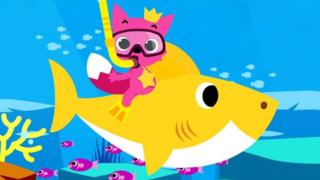 Baby Shark has broken the record and become the most-viewed YouTube video - ever!

Since it was released in 2016 the video reached 7.04 billion views.

It's bad news for Justin Bieber who's song Despacito with Luis Fonsi has been knocked off the top spot.

Love it or hate it, Pinkfong released the song four years ago and since then it has had the whole world singing along.

What are the most-played songs of last ten years?

Where did it come from?

Baby Shark started life as a nursery rhyme and is just one minute and 21 seconds long.

But since 10-year-old Korean-American singer Hope Segoine recorded her version people have been singing along, over and over... and over... again. 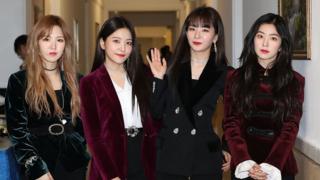 It was Pinkfong!'s version that launched the viral craze, which started in Southeast Asia. However, Pinkfong! believe that a lot of their success came from popular Korean bands like Red Velvet, Girls' Generation and BLACKPINK.

These K-pop groups started doing their own performances of it at their concerts.

There have been a few spin-off Baby Shark songs including one prompting children to wash their hands!

Baby Shark: Is there going to be another song about dinosaurs?

118 comments
Back to top
unknown

Can Joe Biden find a way to unite everyone in the United States?