Anti-Semitism: Labour Party found to have had 'serious failings' 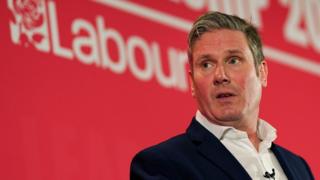 Getty Images
Labour leader Sir Keir Starmer said it was "a day of shame" for the party. The report looks into failures made by the party before he became leader

A report into allegations of anti-Semitism in Labour found the party was "responsible for unlawful acts of harassment and discrimination".

The Equality and Human Rights Commission, which is an organisation that upholds equality and human rights laws, identified "serious failings" by the party leadership, under former leader Jeremy Corbyn, with their attempts to tackle anti-Jewish racism.

Mr Corbyn insisted he did "everything [he] could" to tackle the issue but said the issue had been "dramatically overstated for political reasons".

As a result of those comments, Labour has now suspended Mr Corbyn from the party while they investigate. Mr Corbyn has said he will appeal against that decision.

Anti-Semitism is actions or language promoting a dislike towards Jewish people.

The result of it can be that a Jewish person or group of people are treated unkindly, unequally or unfairly because of their faith.

If an anti-Semitic incident is particularly serious, it can be a form of hate crime, which is against the law. 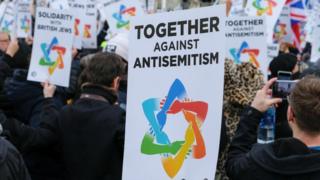 The Equality and Human Rights Commission (EHRC) launched an investigation in May 2019 after receiving a number of complaints from organisations and individuals, including the Jewish Labour Movement.

In its report, published today, the watchdog found the Labour party responsible for three breaches of the Equality Act - which is a law to protect people from discrimination:

In a statement, it said: "The equality body's analysis points to a culture within the party which, at best, did not do enough to prevent anti-Semitism and, at worst, could be seen to accept it."

It called on Labour to provide, "a culture that encourages members to challenge inappropriate behaviour and to report anti-Semitism complaints". 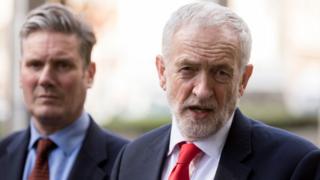 He also said it was "a day of shame" for the party and promised to implement the EHRC's recommendations "as soon as possible in the New Year" and to "change the culture" of the party.

The Jewish Labour Movement said the party "cannot hide from the tough decisions needed to put this right".

Labour now has to publish an action plan within six weeks.