Conservation: How re-wilding could protect species in Britain 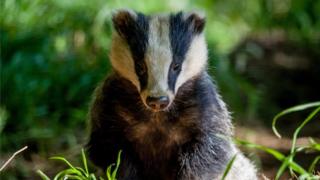 Getty Images
Did you know? The UK has a quarter of the global population of the entire badger species!

Restoring wildlife habitats across 30% of Britain could help save a fifth of species - a report by Rewilding Britain says.

The conservation charity suggests that with effort, a fifth of UK species could be saved from habitat loss, falling numbers and extinction by 2030.

Their reports says if time is put into restoring and recreating habitats or 'rewilding', nature will be able to restore itself.

This is all in an effort to help slow down the effects that it says climate change has had on Britain's wildlife.

Beavers return to Cumbria after 400 years 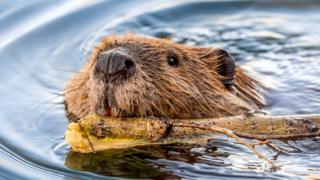 Getty Images
Did you know? Knapdale, the Tay and the Otter are the only places in the UK with wild, free-ranging beavers. The species has also been introduced to Kent, Essex and the Forest of Dean, but these populations are kept in large, fenced enclosures.

The study warned that the wildlife in Britain is already at risk and is not ready to try and fight the effects of climate change.

However, Rewilding Britain hope that extinctions can be avoided - their study suggests that if action is taken quickly there is a chance to save a lot of species.

So what are they suggesting?

This would be mean that 5% of the UK would see as many natural processes, habitats and related species are restored as possible. 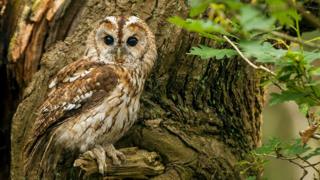 They would also like another 25% of the UK to have nature friendly land and waterways.

They say this could be achieved with:

• Reintroducing key species such as beavers or birds of prey.

Rebecca Wrigley, the organisation's leader said: "We urgently need to kick-start a new era of rewilding and nature restoration to match the growing tsunami of climate heating and species extinction.

Prime Minister Boris Johnson has already promised that he will see 30% of UK's land is protected for nature by 2030.

In response to the report an Environment Department (Defra) spokesperson said: "This report has highlighted that there are huge ongoing pressures on the country's biodiversity, which is why we must continue to act to restore and enhance nature. Nature matters, and we are committed to being world leaders in protecting and restoring the environment for future generations."

Puffin counting on the Isle of May