Strictly Come Dancing: What are the celebs dancing to this weekend? 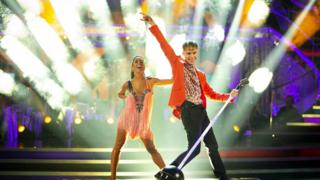 Strictly Come Dancing returns this weekend - and we'll find out who will be the first celeb to leave the competition.

The twelve couples will return to the dance floor, after doing their first dances with their professional partners last weekend.

This time, they'll face the public vote though as they battle it out to lift the glitterball trophy.

So, what are they all dancing to and which dances are they doing?

YouTuber HRVY topped the leader board last weekend, and he'll be aiming to do the same again with his Viennese waltz. He'll be dancing with his pro partner Janette Manrara to Stuck With U by Ariana Grande and Justin Bieber.

Eastenders actor and keen TikToker Maisie will also be hoping to impress the judges once again, this time with a tango to Midnight Sky by Miley Cyrus. 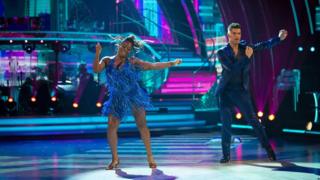 Radio 1 presenter Clara Amfo will take on the Viennese waltz with her partner Aljaz. They'll be dancing to You Don't Own Me by SAYGRACE.

It's a couple's choice routine for boxing champ Nicola Adams and Katya. They'll be hoping to light up the dance floor with their performance to Shine by Years and Years. 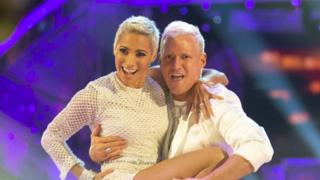 It's the American smooth for reality TV star Jamie Laing and Karen. They'll be hoping to win over the judges with their dance to Night and Day by Frank Sinatra.

Actress Caroline Quentin - who landed in joint third position on the leader board in week one - will be doing a paso doble to El Gato Montes by Ramon Cortez.

Good Morning Britain presenter Ranvir and her partner Giovanni will be doing the quickstep to You Are The Sunshine Of My Life by Stevie Wonder. 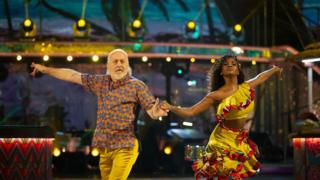 Comedian Bill Bailey and Oti will be quickstepping to Talk To The Animals by Bobby Darin. Fingers crossed their routine includes some furry friends!

Former politician Jacqui Smith - who ended up with the lowest judges' score last weekend - will be doing the samba with her pro Anton to Help Yourself by The Voice UK judge Tom Jones.

The Wanted's Max will be jiving with Dianne, and they'll be looking for the judges - and public - to believe in them as they dance to to I'm A Believer by The Monkees.

Former NFL football player Jason Bell will be hoping him and his partner, Luba, will be lucky with their salsa. They'll be dancing to Get Lucky by Daft Punk feat. Pharrell Williams and Nile Rodgers.

TV presenter and former Royal Marine JJ Chalmers and Amy will do the paso doble to Believer by Imagine Dragons.

Who are you most looking forward to seeing perform this weekend? And who do you think will be the first celebrity to be voted out of the competition? Let us know in the comments below.

Strictly Come Dancing: Five things you might have missed from the first show

77 comments
Back to top
unknown