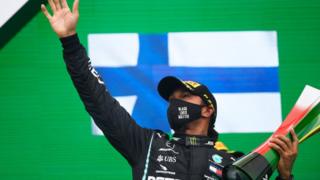 Lewis Hamilton went down in history on Sunday by smashing through Michael Schumacher's all-time Formula 1 win record at the Portuguese Grand Prix.

He finished more than 25 seconds ahead of his Mercedes team-mate Valtteri Bottas.

Hamilton said on social media that breaking the record was beyond his wildest dreams.

In his 14-year F1 career, Hamilton has had loads of big moments and highlights - but here are five of the best ones... 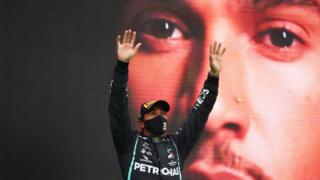 Schumacher set that record 14 years ago, and lots of people thought it would never be beaten.

But now people are talking about Hamilton taking the sport into new realms and winning 100 races! 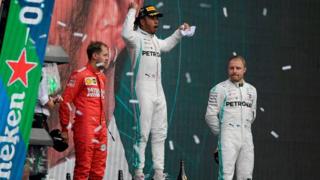 Only Michael Schumacher has won more - at seven.

Watch Lewis Hamilton talk to teenagers Teenagers Zionne, Isaiah and Mandi about how racism has affected them growing up in Young, Black and British - Hear Us: A Newsround Special. 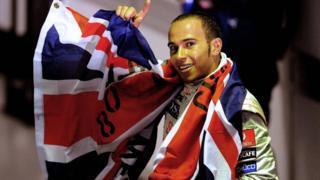 When Lewis Hamilton was just 23, he became the youngest ever F1 World Champion at the Brazilian Grand Prix in 2008.

After that win, his Dad said "this is the culmination of 16 years of hard work. Hopefully this will be an inspiration for other families and kids. When we started we had nothing, no money."

He didn't win another World title until 2014, but it was certainly worth the wait. 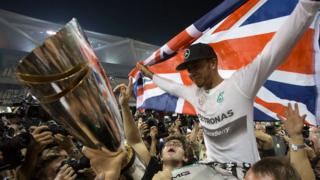 This is now a given considering he's arguably the best driver of all time, but Lewis Hamilton is of course the most successful British driver in history too.

To put it into perspective, the countries with the most World Champions after the UK are Brazil, Finland and Germany on three each. 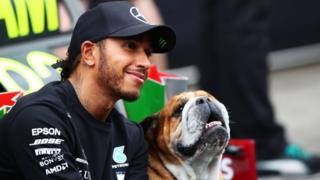 Getty Images
Hamilton and his dog, Roscoe, who was in Portugal to witness his record-breaking 92nd win
5. Seventh World Title win... and eighth?

The exciting thing is that Hamilton is on track to win his seventh World Championship title this season, which will fully cement his place in F1 history as the greatest of all time.

And he'll also go into the 2021 season as a favourite to win his eighth World Championship too. That would mean surpassing Schumacher's record of seven world titles... watch this space!

LeBron, Rafa or Hamilton - who's the goatiest GOAT?