Strictly Come Dancing: Five things you might have missed from the first show 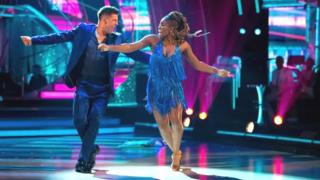 Last week we saw the celebs perform as part of a group dance, but this week on Strictly it was finally time for them to showcase what they can do on the dance-floor.

Here's a run-down of all the celebrity pairings in case you need to refresh your memory.

But as always, it wasn't just the dancing that was keeping us entertained.

Here's five things you might have missed from last night's show!

1. NHS heroes in the audience 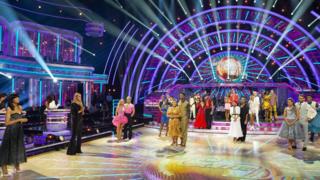 Britain's Got Talent is among the shows who have had to go on without an audience due to coronavirus restrictions, but Strictly has managed to get around this by only giving tickets to people from the same household or social bubble.

This week NHS workers took pride of place in the front row, with presenter Claudia Winkleman and Tess Daly thanking them for "everything you have done for us and everything you continue to do".

The orchestra were also hidden behind a giant perspex shield to keep them as separated as possible from anyone else taking to the stage. 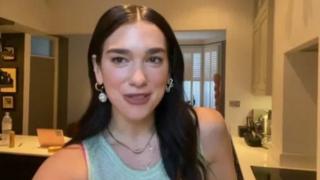 If you thought Dua Lipa was too famous to appear on Strictly, you'd be wrong!

But the star wasn't there to dance - she'd sent a video message to support radio presenter Clara Amfo who was dancing the Cha Cha to Dua Lipa's Don't Start Now.

Clara nailed her performance, so hopefully the message will give her confidence for the coming weeks - many fans are already predicting she'll make it to the final. 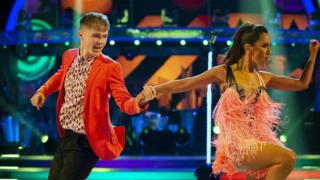 On Week One it was singer and presenter HRVY who topped the leaderboard - but not by much, with Eastenders star Maisie Smith was just a point behind him.

Former Home Secretary Jacqui Smith was in bottom place after Saturday's show but it wasn't all bad news for Jacqui.

The judges said she was still 10 times better than Theresa May who tried out dancing on many occasions during her time as prime minister. 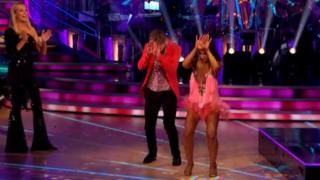 As well as professional dances some of our fave TikTok dances also managed so sneak their way into Saturday's show.

HRVY and Janette bunny-hopped their way off the dance floor after getting the judges comments. 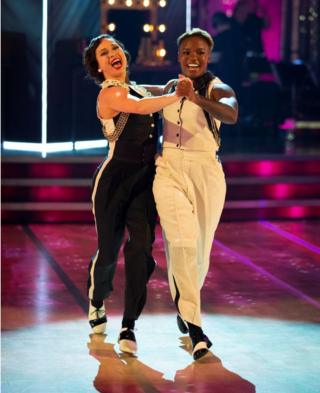 They weren't the only ones, with boxer Nicola Adams and her partner Katya doing the Ooh Na Na Na during their historic all-female performance!

Bruno Tonioli has been a member of the Strictly Come Dancing judging panel since the show launched in 2004, but in last night's show he joined the judges by video rather than being in the studio in person.

That's because Bruno also judges on the US version of Strictly called Dancing with the Stars, and hasn't been able to fly back to the UK due to coronavirus travel restrictions. 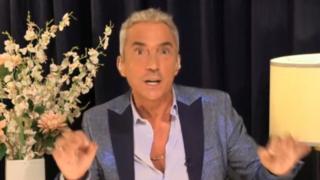 So although Bruno is hoping he may be able to return to Strictly towards the end of the series, for now get used to seeing him on the big screen.

What happened on the Strictly launch show?

67 comments
Back to top
unknown