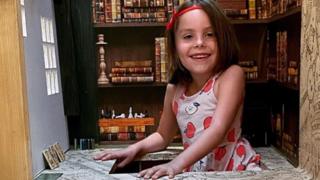 Lots of you might have been redecorating your rooms during lockdown, but Ella's dad went even further - building his daughter her own Diagon Alley inside her wardrobe!

Six-year-old Ella is a big fan of the Harry Potter series and so her dad Dylan set about recreating the famous street that appears in the books and film series.

It took months in the designing and planning, and another month of building to put the whole thing together. 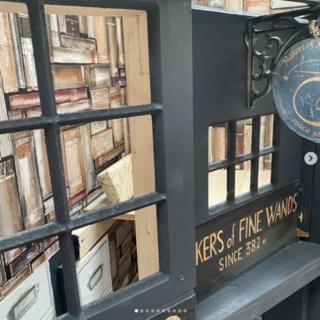 The space he used to create the street was previously just empty so he decided to do something special with it to surprise Ella on her birthday.

Dylan told Newsround, "I built it as we had to cancel our holiday this year and Ella was trying so hard at her home schooling." 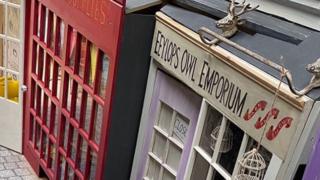 On her birthday Ella and Dylan played hide and seek and after she decided to hide in the wardrobe she discovered the secret street, with all her birthday presents hidden inside the pretend shops.

Everyone's favourite wand shop Ollivanders is there, as well as Eeylops Owl Emporium and Florean Fortescue's Ice Cream Parlour, where Ella and her dad even made their own ice cream! 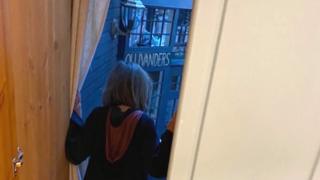 Ella even got to see her dad dress up as Hagrid and trying to do his best impression of the character.

He said: "I was getting so hot in the wig and beard and my accent was making us both laugh!"

Harry Potter: After JK Rowling 'fact checks' the inspiration for the wizarding world, we look at more real-life movie locations

69 comments
Back to top
unknown