Scientists think there's more water on the Moon than they originally thought.

New research shows that hundreds of tiny, penny-sized pockets of ice could be hiding in the shadows there.

Paul Hayne is an assistant professor at the University of Colaroda Boulder, and helped to analyse the research.

He said: "If you can imagine standing on the surface of the moon near one of its poles, you would see shadows all over the place. Many of those tiny shadows could be full of ice."

The findings have been taken from Nasa's Lunar Reconnaissance Orbiter. 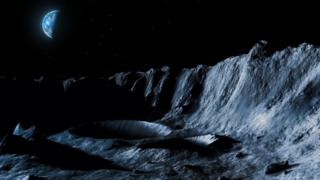 Roughly 15,000 square miles of shadows exist on the Moon, and these shadows are likely to contain ice and come in different shapes and sizes.

These shadows and pockets are known as 'cold traps'.

'Cold traps' are shadowy places on the moon that will never - and have never - seen sunlight.

Most 'cold traps' haven't seen sunlight for billions of years. Scientists think that there are a lot more of them, hiding on the moon.

Research suggests that the hidden cold traps could be reservoirs that can hold water via ice.

Prof Hayne added: "If we're right, water is going to be more accessible for drinking water, for rocket fuel, everything that Nasa needs water for." 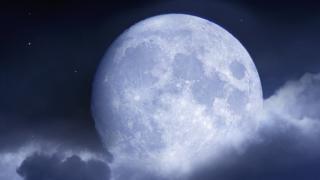 Water has been found on the Moon before, but it wasn't safe to drink.

However the ice found recently is thought to be safer as it is probably stored in glass or between grains on the moon that protect it from the harsh environment. 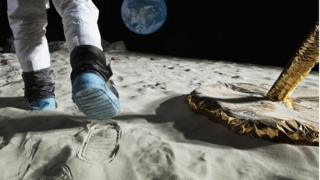 Getty Images
When astronauts go back to the Moon they might be digging for water!

The researchers think that 40,000 square km of the Moon's surface could trap water.

However they can't yet prove that the hidden pockets/shadows hold any water - they think that rovers and astronauts need to go and dig to find out!

Prof Hayne said: "Astronauts may not need to go into these deep, dark shadows. They could walk around and find one that's a metre wide and that might be just as likely to harbour ice."