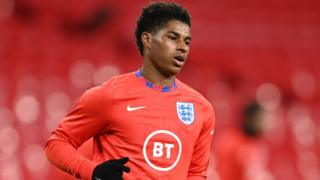 MPs voted on Wednesday 21 October against extending the scheme in England throughout the holidays until Easter 2021.

Afterwards, Rashford posted on social media saying: "A significant number of children are going to bed tonight not only hungry but feeling like they do not matter because of the comments made today."

"We must stop stigmatising, judging and pointing fingers," he said. 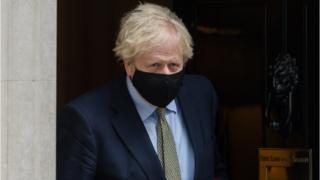 Prime Minister Boris Johnson had said he would not change his policy on free school meals, because families are supported by the benefit system.

"We support children of low incomes in schools and will continue to do so," he said.

He added that the government would "continue to use the benefit system and all the systems of income support to support young people and children throughout the holidays as well."

But Labour's shadow education secretary, Kate Green. said: "No child should go hungry over the holidays, but the Government is blocking the action needed to prevent this.

"We pay tribute to Marcus Rashford and others for shining a spotlight on this incredibly important issue.

"This campaign is not over and the Government must reconsider."

These children matter. These children are the future of this country. They are not just another statistic. And for as long as they don't have a voice, they will have mine. You have my word on that. 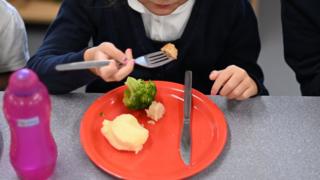 Earlier this year, Rashford's campaign prompted the government to change its mind and continue a food voucher scheme in England during the summer holidays.

He has even been recognised by the Queen for his campaigning around school dinners, having been made an MBE.

In Wales, the government has announced plans to provide free school meals for all school holidays up to and including Easter 2021.

Send us your Christmas elf pics!